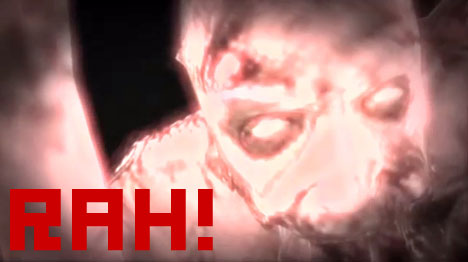 Admittedly, a few of a us did a “WTF?” double-take when Electronic Arts said it would be bringing their third-person action-horror title Dead Space to the Wii. But it’s happening, and here are your first details …

The game will be called Dead Space Extraction, and will act as a prequel to the Xbox 360 and PlayStation 3 versions that hit shelves late last year. The game tells the story of space colonists trying to escape an infection on Aegis VII, a space mining colony, introducing a new female character into the mix. The game will feature new weapons, new enemies, puzzle, and — here’s a big one — cooperative multiplayer.

Dead Space Extraction will, of course, be all motion-controlley; EA hasn’t revealed how they’ll implement that into the game, however. The trailer (after the jump) shows us little — it’s a cacophony of space horrors! — but has some thinking the game may be play out light-gun-style, a la Resident Evil Umbrella Chronicles.

We should know more soon; Dead Space Extraction is scheduled for a fall release.