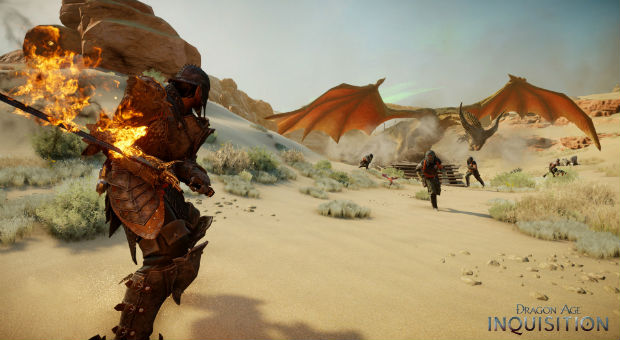 KOTOR 3 still not in development

As Electronic Arts’ first fiscal quarter came to a close on June 30, the publisher found that it had beaten expectations for profits and revenue. EA credits much of this success to the runaway success of Titanfall.

CEO Andrew Wilson said that it was a strong start to the year for EA and that they were committed to putting the players first and delivering the entertainment, innovation, and creativity that players want.

This news comes after the publisher giant revealed that it delayed two of its key releases: Dragon Age: Inquisition and Battlefield Hardline, but reaffirmed its goal of $4.1 billion in net revenue and earnings per share of $1.85. Dragon Age: Inquisition has been moved back a month to November 18, and Battlefield Hardline has been moved to early 2015.

EA is hoping for BioWare’s Dragon Age to be a hot seller this holiday. Mark Darrah, Executive Producer of Inquisition stated that the extra few weeks will give time to put more polish on the game and that Dragon Age would be all the better for it.