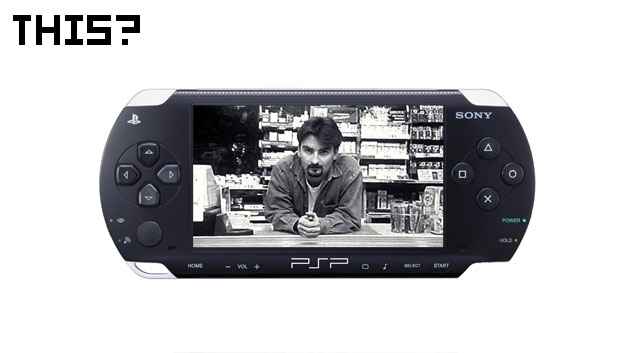 While Capcom have quietly canned their plans for a PlayStation Portable version of Devil May Cry, Electronic Arts is all over Sony’s little handheld.

First it revelead they’d be bringing the Army of Two sequel to the system later this year. Today, it’s announced that Dante’s Inferno will be coming to the PSP as well. No word on how it will be different from the Xbox 360 and PlayStation 3 versions, which are set to ship alongside the portable game.

The version is being handled by Monreal-based A2M, who have a long resume that includes everything from a Drake & Josh videogame to the PlayStation 2 port of Mercenaries 2.

REDWOOD CITY, Calif.–(BUSINESS WIRE)–Electronic Arts Inc. (NASDAQ: ERTS) today announced that its highly anticipated action adventure game Dante’s InfernoTM will be coming to the PSP® (Sony PlayStation® Portable). Based on part one of Dante Alighieri’s classic, “The Divine Comedy,” EA’s Dante’s Inferno will also take players on an epic adventure through Dante’s famously mapped nine circles of hell. Dante’s Inferno will be available simultaneously for the PSP, the PLAYSTATION®3 computer entertainment system and the Xbox 360® videogame and entertainment system next year.

Dante’s Inferno for the PSP is being developed by EA’s award-winning EA Redwood Shores studio and Artificial Mind and Movement (A2M), based in Montreal, Quebec, Canada.

“Our team and the team at A2M are taking the vision for Dante’s Inferno and translating it directly to the PSP,” said Jonathan Knight, executive producer and creative director on Dante’s Inferno. “PSP owners can expect to get the same level of fast, responsive gameplay through all nine detailed and unique circles of hell we are aiming to achieve on the consoles.”

Alighieri’s “Dante’s Inferno” is widely credited for being the work that has defined the western world’s contemporary conception of hell and purgatory. Just like the poem, players of EA’s 3rd person action adventure game will descend through all nine circles of hell: limbo, lust, gluttony, greed, anger, heresy, violence, fraud and treachery, playing as Dante as they battle through a gauntlet of unimaginable evils, fighting to recapture the soul of his beloved Beatrice.

Dante’s Inferno has not yet been rated by the ESRB or PEGI. For more information about Dante’s Inferno, please visit www.dantesinferno.com.