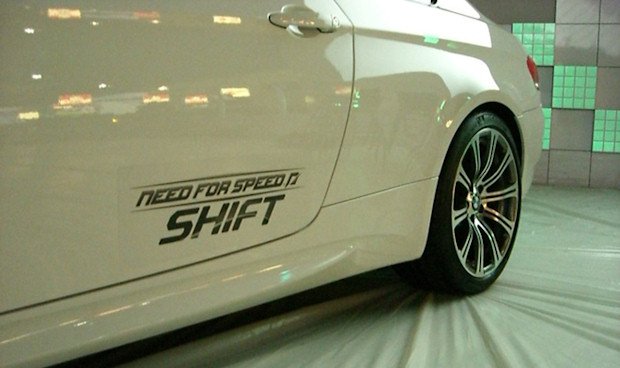 Electronic Arts likes to give things away. Hot off the heels of our Twitter party, where a PS3 Slim was up for grabs, EA has announced a rather huge contest where lucky contestants can get their hands on a BMW M3. The offer is running through all this week and requires Twitter users to undertake “missions” given out via the social networking service.

The contest is already underway, so if you want a free car, you’ll need to sign up quick and follow @NeedForSpeed. Sounds like a pretty big deal.

The more missions you complete, the greater your chances are of winning the M3 (up to 5 entries per person if you complete all 5 missions). Completing each mission will also make you eligible for daily draws, with prizes including items like copies of Need for Speed SHIFT, an Xbox 360 videogame and entertainment system and wireless racing wheel, EA games, concert tickets, and more.

This is certainly cool, but I’d really like to see EA do more themed giveaways in the future. I’d like a magical guitar for Brütal Legend, a real gun for Army of Two, and a lock of Satan’s pubic hair for Dante’s Inferno, KTHNX!