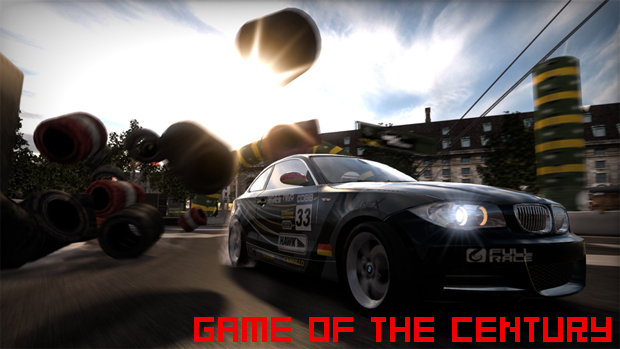 If there was one genre that came out super strong at E3, it was undoubtedly racing games. With Forza Motorsport 3, Need for Speed: SHIFT, DiRT 2, Blur, Split/Second, and more, there are going to be some hard decisions being made by consumers on which to buy.

Senior VP at EA Games Europe, Patrick Soderlund, realizes this. He spoke with VideoGamer, and had some choice quotes to dish out. Bizarre Creation’s Blur? “Completely underwhelming,” he says. “I don’t understand what’s up with that game, to be honest.”

Based on E3 awards and press reactions to Need for Speed: SHIFT, Soderlund says that he is “very confident we have a better game” than Turn 10’s Forza 3. But don’t get the impression that he hates anything not starting with “SH” and ending in “IFT.”

In fact, he quite likes Split/Second, which is coming from Black Rock Studios. The game “looks great,” according to the EA Games boss. “I’m going to have a good time playing that.”

As someone who writes about videogames, I am able to more or less buy everything that looks cool to me, but for most consumers, that isn’t the case. I couldn’t tell you where all this hateorade stems from, but it’s way too early to compare some of the aforementioned games, especially considering how most of them are targeting separate audiences. Arguments, let’s not have any.

Filed under... #Industry Bull#Need for Speed