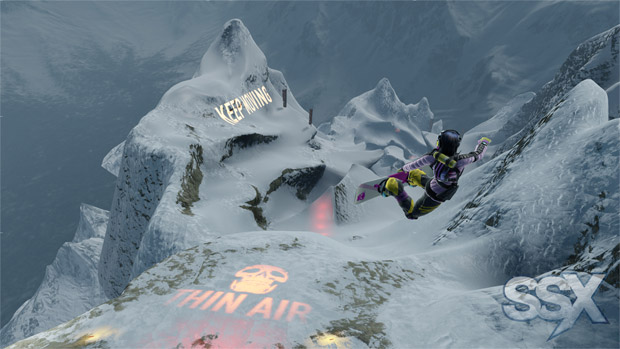 Though the inclusion of an online pass in a game with Electronic Arts’ name attached to it does not come as a shock, word that SSX will follow the trend got the usual people riled up. I was prepared to perform the obligatory shrug and go about my day, but the specifics of what content is restricted interests me.

EA issued a response to Game Informer, which says passes will come with all new copies of SSX and those who buy used can pay $10 for a code if they so choose. Same old same old, until:

Economy balance makes it possible to unlock all available content and allows you to participate in all event drops across both Explore and Global Events, with credits earned solely in Explore.

This isn’t so bad, if you ask me. I don’t tend to buy used copies of games, but if I did happen to make this game an exception to the rule, I wouldn’t feel totally burned by EA.