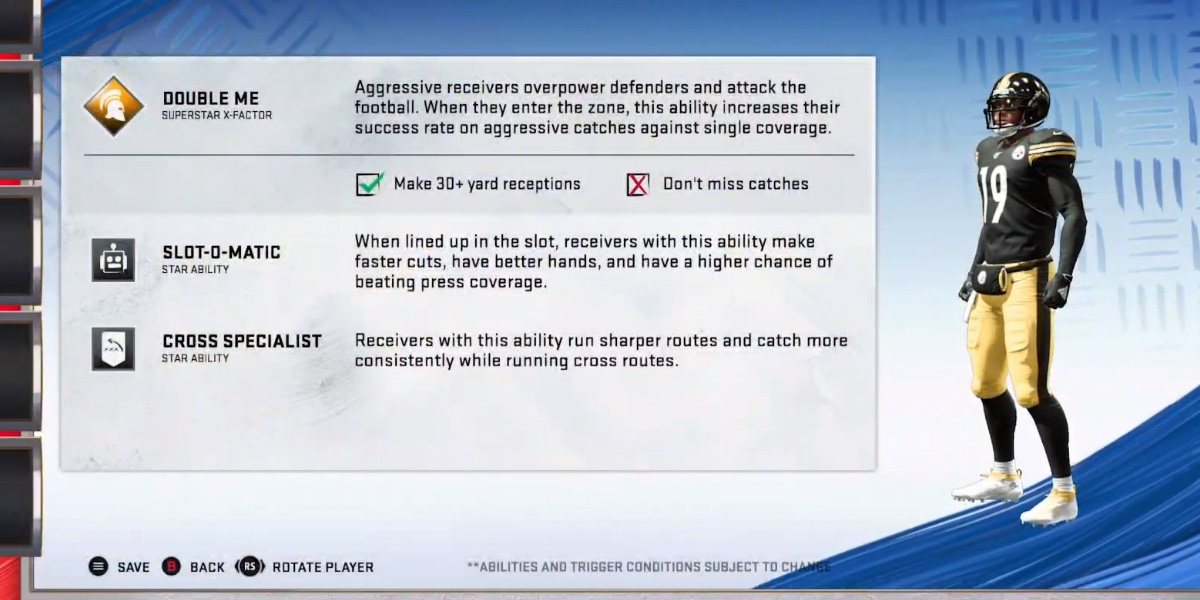 Madden 20 was unveiled back in April, but EA Tiburon took the stage today during the EA Play E3 event to give us a few more details beyond “the cover athlete is Patrick Mahomes.”

We got a little more on Face of the Franchise, which is the new campaign style concept that takes you from the college playoffs through the pro drafting process: it looks like it dials up the drama not unlike a lot of “create-a-wrestler” modes in WWE games. You can watch a bit more on that in the video below.

The most exciting thing though is also the most gamey. X-Factor abilities are coming, which make superstars even more impactful (Alvin Kamara, Patrick Mahomes, and JuJu Smith-Schuster, the latter of which who was on-hand at the event, were singled out specifically), like the “satellite” ability that lets you improve your success rate against one-on-one coverage. Other superstar powers can grant you more hot route options or more accuracy when throwing them on the run.

X-Factors are like quests, where you have to hit certain parameters to unlock them. You can check those teases out in the gallery below: there’s a lot of potential for polarization here but it’s also kind of exciting for Madden to do something weird like this?

Plus, the developers are promising checks and balances so it doesn’t get too out of hand. Signature animations with motion captured performances for individual NFL players are part of this whole mechanic. You can get a look at a bunch of abilities in the gallery below.

Madden NFL 20 arrives on August 2 on PC, PS4, and Xbox One; a full month before the NFL’s opening kickoff on September 5 with the Packers at the Bears.