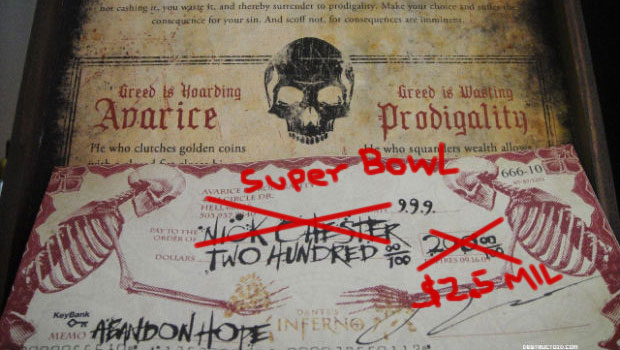 Spoiler alert! If you’re going to be watching the Super Bowl, prepare to “go to hell.”

IndustryGamer has confirmed through sources Electronic Art’s marketing dollars are getting pushed the limit to secure a Dante’s Inferno ad during this year’s Super Bowl. Just how much are we talking? An estimate $2.5 million.