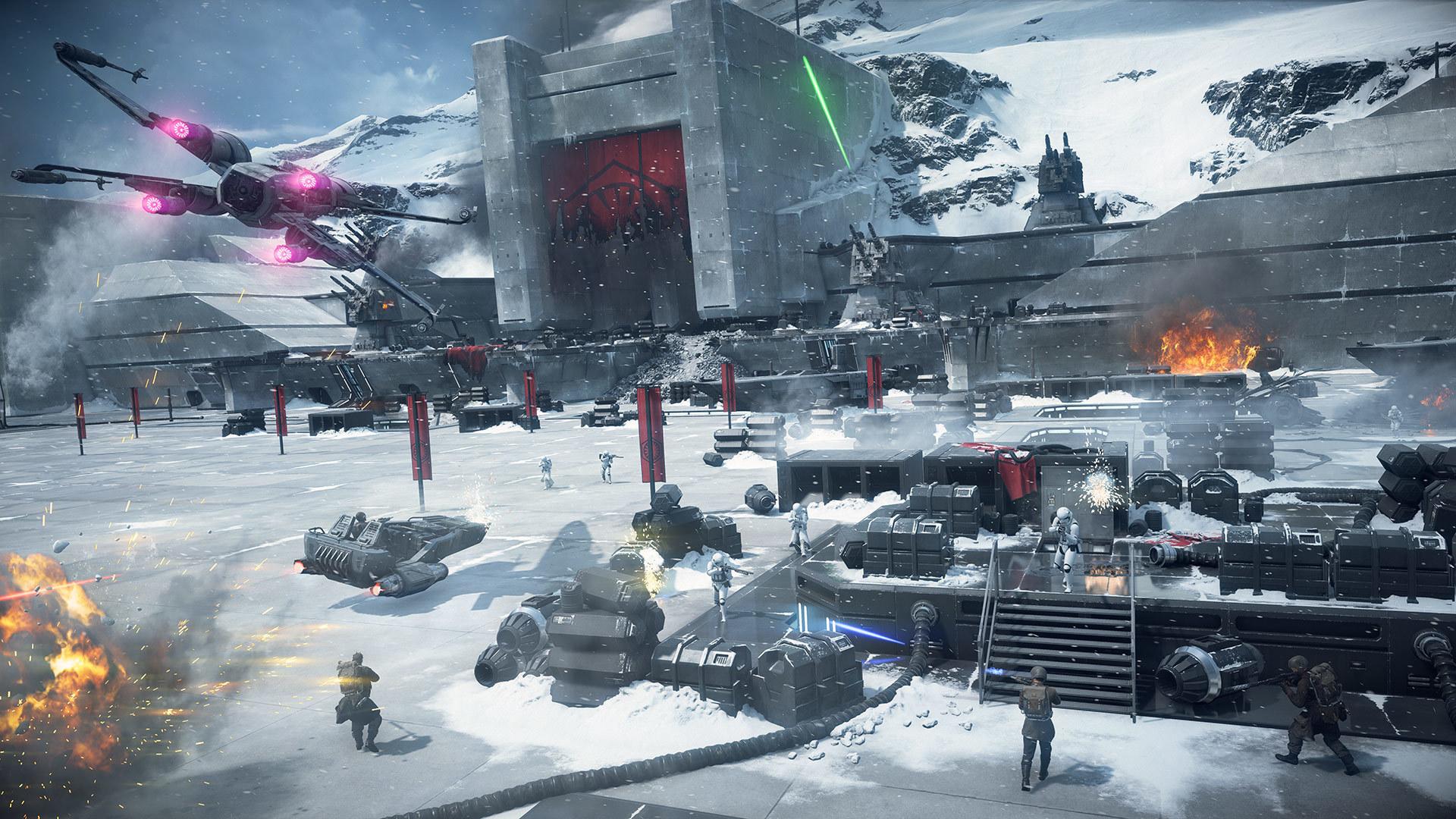 With a new incremental update to its roadmap, EA DICE has finally revealed when we can expect the Clone Wars content for Star Wars Battlefront II. It should be coming in February 2019.

This Clone Wars stuff features a significant new game mode that EA DICE describes as “large-scale [and] non-linear, [and it features] capture points and capital ship takedowns.” Battlefront II is being constantly tweaked (like the recent implementation of the squad system), but this new mode will mark the first truly major update since May 2018.

The rest of the roadmap is mostly unremarkable. It’s a bunch of new characters and alternate appearances like the addition of General Grievous this month. Also, EA DICE is taking December to focus on the Clone Wars update. The nitty gritty is outlined in the image embedded below.

As always, all this is subject to change or to be pushed back. Maybe I’m just fixating on the bad, but it seems like a lot hasn’t gone as-planned or on-time for Star Wars Battlefront II. 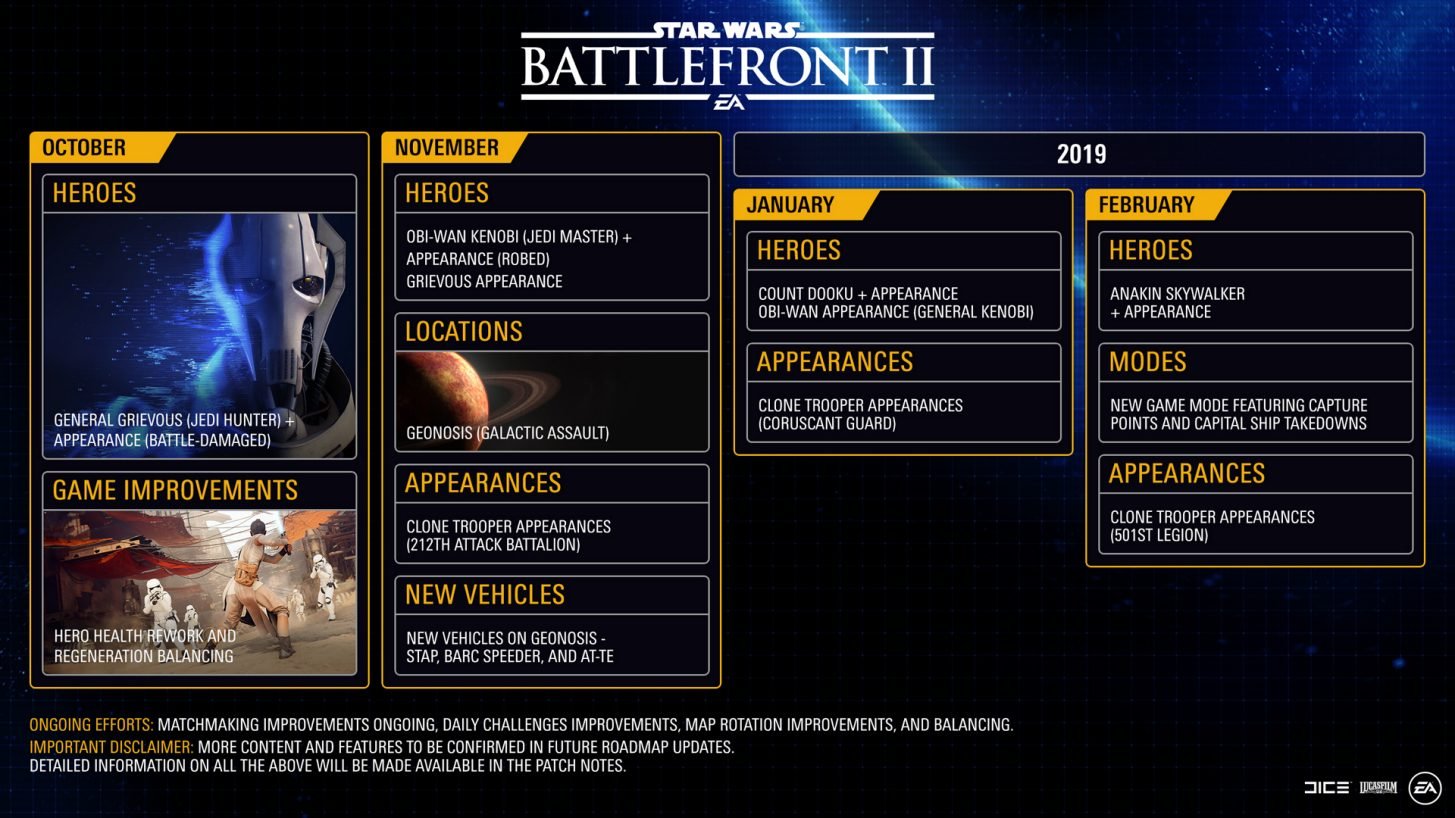