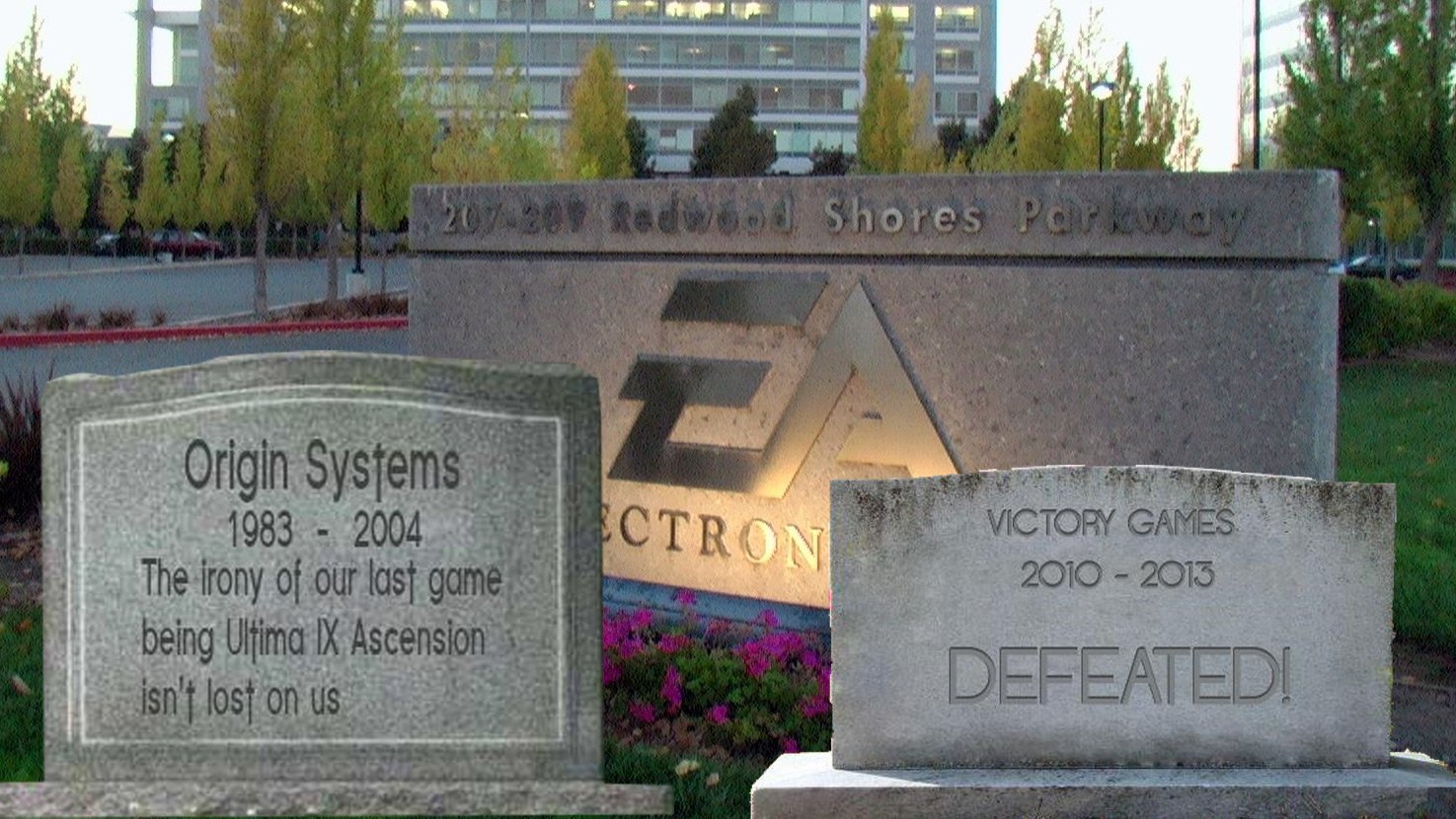 Calling it one of the most frightening displays they’ve ever seen, EA employees confirmed this week that the company has gone all out this Halloween by filling company offices with jack o’lanterns, witches cauldrons, toilet paper ghosts, and the tombstones of the many developers it’s killed over the years.

People with Chillingo, DICE, and BioWare Austin say they haven’t been able to walk down a hallway without seeing the grave marker of a developer EA purchased and drained of all its life and talent before slaughtering. With such epitaphs as ‘Here lies Pandemic. They tried to Destroy All Humans, but instead we destroyed them’ and ‘R.I.P. EA Black Box, permanently renamed to EA Pine Box,’ staff members say the decor isn’t exactly getting them in the spirit of the season.

“I’ll be honest this whole thing is pretty damn chilling,” said 3D artist Fred Baxter. “On the wall of one of the stalls in the men’s room is one that reads ‘Maxis: The only kind of creature you couldn’t create in Spore is one that liked the game.’ And it’s not just the tombstones. There’s also this dummy by the break room hanging by a noose with the word ‘Visceral’ written on its chest, but I guess that’s what you get when you try and make a linear, story-heavy game for EA in 2017.”

Not every office is getting the same festive treatment. Employees at PopCap say their desks and cubicles are free of any Halloween decorations. However, they did confirm every television in the building has been playing the horror film You’re Next nonstop since last Tuesday.