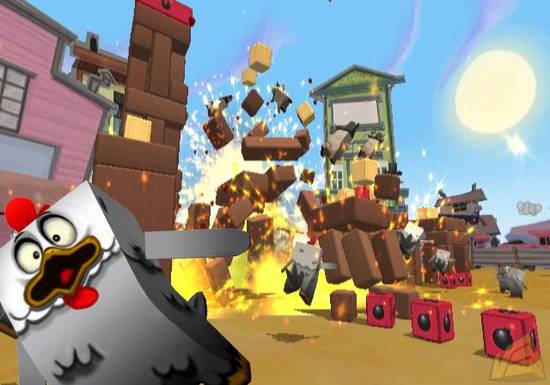 The much-hyped up game coming from EA and Steven Spielberg has finally been revealed for the Wii. It’s called Boom Blox and is an action-puzzle game. The game will have over 300 levels and players will be able to create stages which can be shared with friends through the Wii online service. You’ll also be able to choose from 30 different blocky characters. The game is set to come out this May.

“Boom Blox plays on the enjoyment of building and knocking down blocks, something that can appeal innately to kids and adults of all ages,” noted Spielberg. “I am a gamer myself, and I really wanted to create a video game that I could play with my kids.”

Still no details on the other Steven Spielberg project for the PS3 and Xbox 360. Isn’t hype funny kids? People were probably expecting greatness, yet here we are, a game that looks like a cross between Jenga and Cubivore. I kid, I kid. Steven seems to know what he’s doing here so this could turn out really good. It’s also really great to see a third party company using the Wii service in such a manner finally.

The game should be at GDC next month and we will definitely get our hands on the game. Until then, what do you all think of Boom Blox?

[Thanks to ScottyG and power-glove.]