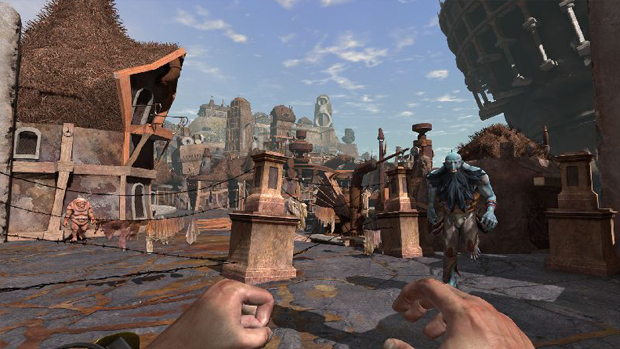 One of the biggest E3 surprises for me was the sudden announcement of Zeno Clash II, mostly because I have been tooting the original’s horn since it was first announced. The first game was highly flawed, but nonetheless remained incredibly inventive and weird.

Now we have a sequel, set for a console release and boasting a new engine, and I punched some hideous fools for a few minutes today. I think I liked it, too. 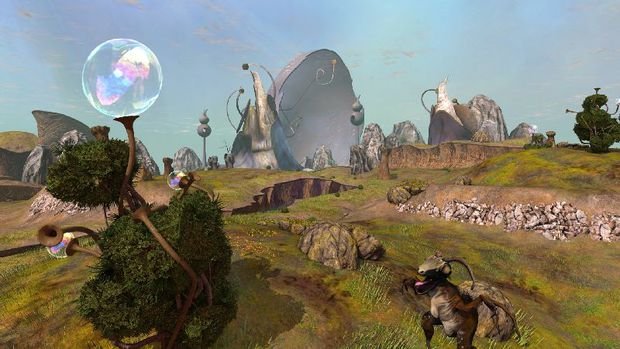 The demo didn’t have anything to offer outside a gauntlet of first-person brawling, and while it remains very similar to the last outing, it felt a lot easier to get to grips with. I think first-person melee combat is a tricky thing to get right at the best of times, and it could be pretty frustrating in Zeno Clash, but the sequel feels a bit more fluid and streamlined, allowing for faster action and decreased annoyances.

The new engine appears to have made things look smoother and shinier, but no less bizarre and disturbing. Freakish creatures once again populate the world of Zeno Clash, and feature disgusting new details, such as an opponent with hideous flaps of flash that dangle from his face and sway gruesomely whenever he moves his head. The art design of the series was always a massive draw, and it seems to have been retained perfectly.

There really wasn’t a lot else to see at this stage, so all I can say is that it was fun to run around the world, uppercutting bird-men and watching them fly. With seemingly improved combat and a less stodgy pace, Zeno Clash II could prove a significant improvement over the imaginative, but troubled, precursor. I wish it the very best, because this is an IP that I never expected to get its long-planned sequel, and want to succeed to a great degree.