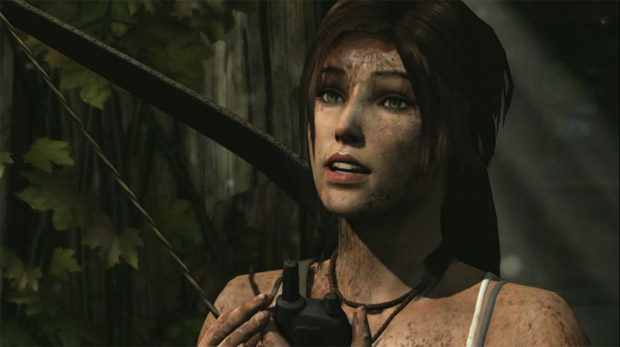 The cinematic direction of the Uncharted series has definitely influenced the look and feel of the new Tomb Raider, with scripted events and a flair for the dramatic. Lara Croft acts flustered as she tries to catch her bearings one minute, then the next, she’s running up to a dude for a context-sensitive kill. Brutal.

The demo up on stage follows Lara as she runs through some shanties on a mountainside, slides down a waterfall Super Mario 64 style, then breaks through helicopter glass and gets Ramboned after falling through some trees.

Also, the first set of downloadable content for Tomb Raider will appear on 360. Par for the course by now.