I recognize a single person on that list so far!

Epic Games will be making a big splash this year at E3 and for charity by hosting their own Fortnite tournament featuring 100 various pros and celebrities known as the “Fortnite Celebrity Pro-Am.” Basically, 50 Fortnite pros and personalities will be teaming up with 50 celebrities to earn the “ultimate Victory Royale” which includes $1 million towards a charity of their choosing, with the remaining charity prize pool of $2 million being divided by the runners-up and sent to the charities of their choosing.

So far, various popular Twitch and YouTube personalities have been confirmed, such as Ninja and Markiplier. As well as celebrity athletes, such as mixed martial artist Demetrious Johnson, with more to be announced in the coming weeks. The whole thing kicks off June 12 at 3:30 PM (PST) at the LA Convention Center and will also be streamed live on Twitch, YouTube, Facebook, Twitter, and Mixer on their respective official Fortnite pages. If you buy a ticket and see it live, you’ll also be getting an “exclusive swag bag.” 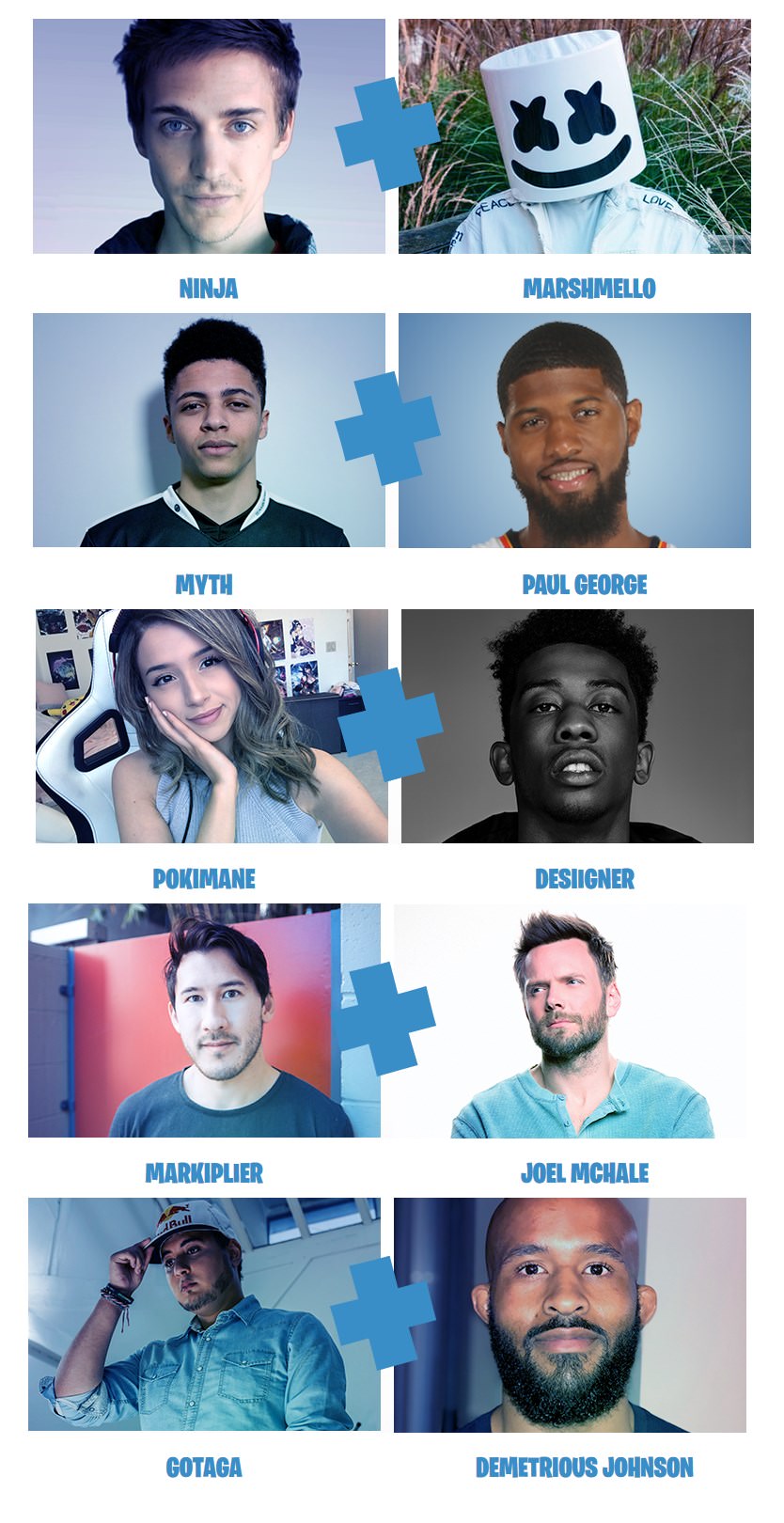 Will you be checking out your favorite digital influencer in this tournament? Do you even have a favorite digital influencer? Jokes aside, I think this is a pretty novel concept for a charity event and it’s bound to draw a ton of viewage for Twitch. Especially considering how many views Ninja and Drake alone brought in recently, I can’t even begin to imagine what potential records this might break.