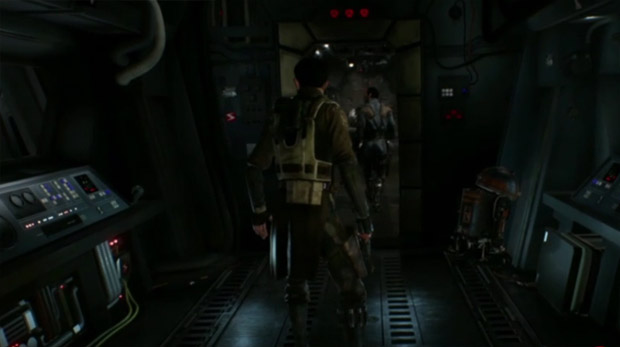 GameTrailers caught up with LucasArts creative director Dominic Robilliard to offer a first in-game look at Star Wars 1313, the new M-rated game in which you play as a bounty hunter. If you were already on board based on that premise alone, join the party.

Visually, 1313 looks ridiculous — to the point where I wouldn’t be surprised if it ends up releasing on next-generation hardware. The build shown here was running on a high-end PC, which explains a lot.

I’m curious to see more, because the combat/action sequences didn’t seem too out of the ordinary, particularly compared to something like Prey 2. I’m feeling optimistic about this one, but I’ll need more convincing before I go celebrating in the streets.