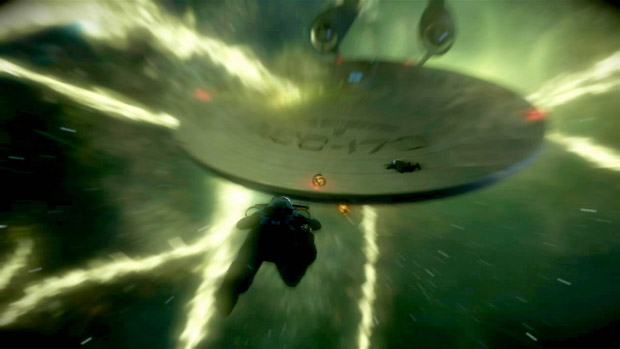 This trailer is pretty good. Spocktacular, even. But it’s also a trailer for a game tie-in for the Star Trek reboot movies. And the last time we saw a big-budget licensed title like this, it was Ubisoft’s Avatar game.

Digital Extremes (The Darkness II, Unreal Tournament, Homefront PC) is working on it, which should instill at least some confidence in the game. If that’s not enough, the story is penned by Marianne Krawczyk (God of War) in collaboration with Roberto Orci and Alex Kurtzman. Damon Lindelof is also on board for development support, which probably means every chapter will have a cliffhanger.

Whether this Star Trek game will be another Avatar (meh), The Golden Compass (fffffuuu get it away from me), Kung Fu Panda (not bad at all), or a Transformers: War for Cybertron (aww yeah!), we’ll find out in 2012. Probably right before the next movie.

I’m just going to be cautiously optimistic that it will turn out half-decent and successful, just so we may one day get a Star Trek strategy game where your ship’s health is measured in Red Shirts. That, or Romulan Tower Defense: Red Shirt Kamikaze.