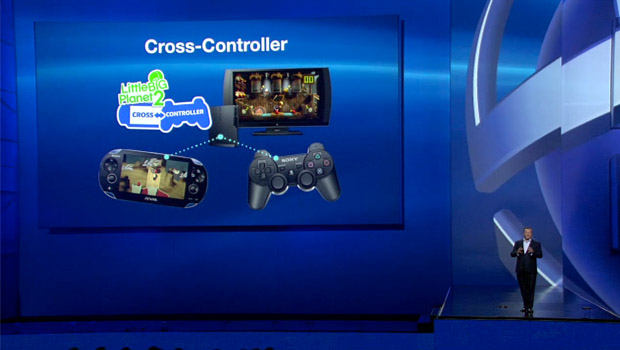 During its press conference today, Sony announced plans to allow the Vita to become an enhanced controller for PlayStation 3 games. LittleBigPlanet 2 will be getting a Cross-Controller patch which offers a new story mode, stickers, decorations, and objects, as well as taking advantage of the Vita’s unique touch control options.