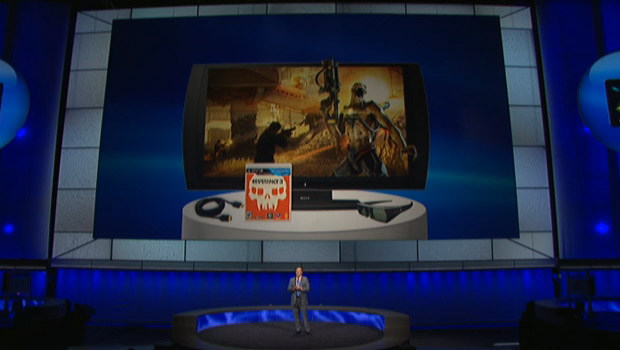 Sony just announced to new products aimed to get consumers to give 3D gaming, TV, and movies a try. First up is the Playstation 3D monitor — a 24 inch HD/3D TV that has the added capacity to play local co-op games without the need for split screen by displaying two totally different screens at once. The package comes with a pair of 3D glasses, an HDMI cable, and a copy of Resistance 3, and retails at $499.

Less exciting is a new low cost pair of 3D glasses which retail at $69.99, which is still expensive as hell. Still, for a luxury purchase, that little 3D TV isn’t too bad of a deal, and that “split screen without a split screen” trick is impressive. I just wonder if it has staying power, or if like 3D, it’s just some visual “wow” factor which quickly becomes less exciting after the honeymoon period is over.