I previewed Sonic Generations in stunning 3D, and it confirmed two things for me:

I won’t harp about the 3D beyond saying it was gross, but that’s a fault of 3D visuals in general not being all that great. I’d rather talk about what really matters — the game itself. It is most definitely a game of two halves, and it’s going to be very strange to see if those halves can ever reconcile.

(Editors note: Any instance of “3D” being mentioned beyond this point is a reference to gameplay perspective, not crappy visual gimmicks) 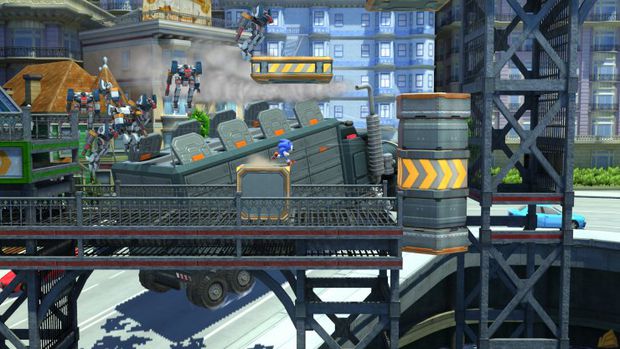 Straight away, I want to say that the 2D sections are perfect. The physics are great, Sonic controls as he did in the good ol’ nineties, and there are no stupid gimmicks such as homing attacks. In many ways, the 2D levels are what purist fans wanted Sonic the Hedgehog 4 to be, and I have to say I found it a lot of fun.

Unfortunately, the conceit of this game is that it’s equally split between 2D “classic” gameplay and 3D “modern” gameplay. While all the strengths of the classic gameplay are intact, the inherent weaknesses of the modern gameplay are all too intact. Even in the demo of Green Hill Zone, I had Sonic clip through a platform and fall to his death. Meanwhile, in the behind-closed-doors preview level of City Escape, the demonstrator — who had likely been playing the game all day — didn’t know what he was doing some of the time, disoriented by the speed and camera and not knowing where to go.

I don’t want to completely write off the 3D sections, because they still do show what they’ve always shown — glimpses of high-speed racing gameplay that can feel pretty damn exhilarating. I also love the idea of remaking levels from both perspectives. Just as there’s a 2D and 3D version of the classic Green Hill Zone, there are also 2D and 3D versions of Sonic Adventure 2‘s City Escape level. 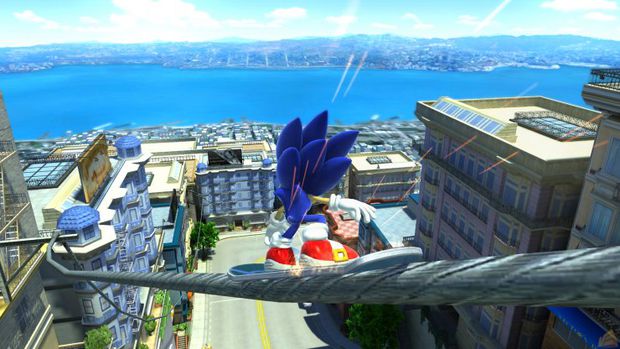 For those that don’t know, City Escape features a giant GUN truck that chases Sonic. In the 3D version, it plays out largely as it did in the original, albeit with extra features such as the truck packing some insane weaponry. More interesting is the 2D alternative, which features the Truck crashing from the background into the foreground, smashing bits of the level and altering how the platforming plays out depending on how quick you are to move. It was pretty impressive stuff, and I think fans of the Sonic Adventure will really dig the new take on the gameplay.

From my current perspective, Generations still looks more promising than recent retail titles. Even if every 3D section was awful, it seems Sonic Team is genuinely crafting great 2D levels, so there’s some guaranteed fun whether or not you enjoy Sonic’s modern iterations. I also love the remixed music and the beautiful visuals that the Hedgehog Engine has become known for. I smiled broadly while playing the classic Green Hill Zone, and found the 2D take on City Escape to be very cleverly done. I’d have been happy if it were all 2D, to be honest.

I like where Sonic Generations is going, but I find it curious that SEGA is trying to appeal to two sets of people in one game. If you love the classic Sonic and hate the modern Sonic, or vice versa, then you’re really only going to like 50% of the game. That’s not a compromise, that’s just giving fans half an experience each. I applaud the nostalgic move and I want to love this game heartily, but I shall approach with caution.

I have a feeling this one won’t net a 4.5 in review though, and you can take that to the bank, Fabian!