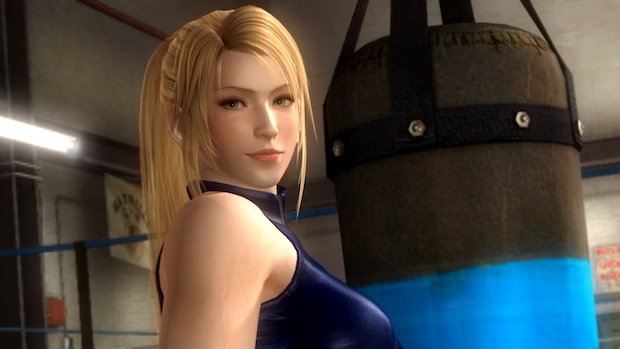 I just finished playing as Sara Bryant in Dead or Alive 5. Yes, that Sarah. Miss Tall Drink of Water with a Ponytail herself. Tecmo Koei showed off the addition of the two most popular Virtua Fighter characters, Sara and Akira, to their long-awaited fighter at E3 this week.

I’m terrible at it, but I’m a long-time fan of the Virtua Figher series, and Sarah Bryant is my primary character. It was nice to see that she plays exactly as expected, with her full moveset intact. I did my usual somersault and tornado kick spamming, never bothering to change stance, and it went off without a hitch. Dead or Alive 5 producer Yosuke Hayashi told me that this was the goal, and that any fan of Virtua Fighter should feel right at home playing Sarah or Akira.

Sarah looks much like she has in the newest VF games, in her usual blue body suit, though with perhaps a bit more boob bounce (Team Ninja, remember?) and prettier eyes. Alternate costumes were not available in this early build, so I couldn’t check them out for either character. 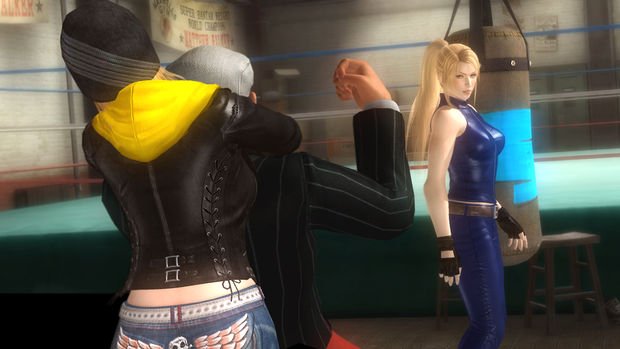 Sarah and Akira have at least one new ability to add to their VF movesets in DOA5 with the addition of Power Blows. Like the other characters, the Virtua Fighter additions can use these Power Blows to slow down time to focus an attack, allowing them ample time to send their opponent flying. With Sarah, holding down the down/back direction for a bit and then kicking sent my opponent, Kokoro, flying back. From there, I could move the camera to aim where my hit would send her.  Tagged Power Blows are also possible. I saw Sarah and Akira work to do what looked like an angry belly bump smash in an example.

For those wondering if any other Virtua Fighter characters will make it, Hayashi says that they’re thinking that two is enough at this point.

Dead or Alive 5 launches on Xbox 360 and PS3 this September.