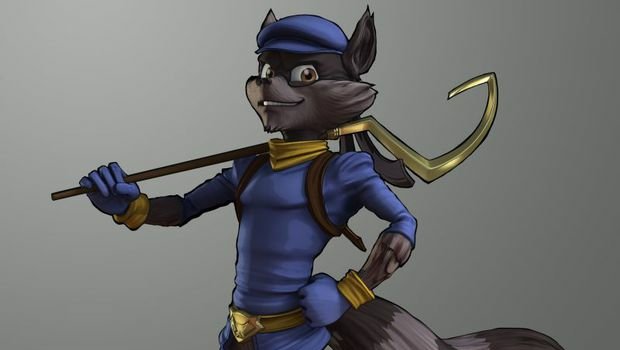 When I heard the long-awaited next-gen Sly Cooper sequel would be put in the hands of Sanzaru Games, I lost all interest. Considering Sly 1 & 2 are two of my favorite games, that’s a lot of interest to lose.

But, what do you expect when the developer behind the mediocre Secret Agent Clank and, uh, Ninja Reflex take the reins of a loved franchise? I’m happy to report that Thieves in Time is looking pretty good, all things considered.

Since Thieves in Time is, more or less, the same game on Vita and PS3, I opted for the handheld experience. I found controlling the camera a bit troublesome and the low polygonal models unattractive, but enjoyed the touch controls and gyroscope moments. Overall, it wasn’t a bad way to play the game. 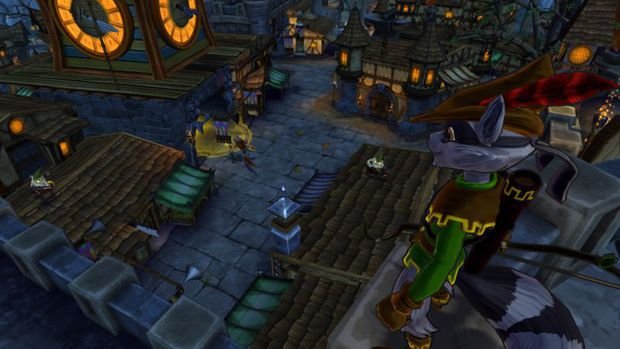 The demo starts off with Bentley the Box Turtle and Sly bickering as Sly infiltrates some sort of medieval-themed circus. Really bad embarrassing jokes are made and boring exposition is given, but that’s the way the series has always been — it’s charming in its own way. Before long, you get to the main draw of Sly Cooper: Innovative level design and superb platforming presented with a one-of-a-kind ambiance and style.

One of the key features of this sequel is new costumes which let Sly alter his abilities. By tapping on the costume button, Sly can dress up in a Robin Hood costume and shoot arrows at targets to create rope lines he can walk across. Making these rope lines is a lot more complicated then you’d think and a lot more fun, too. You take aim with a bow and arrow, and then control the arrow by tilting the Vita toward the bullseye. It’s pretty tricky, especially as the targets become obscured by flaming boulders and other obstacles.

The bulk of the platforming felt as fluid as I remember Sly being on the PS2, but I did find issue with some minor details. A couple times I felt I’d awkwardly over-jump or not reach my target, as if I were being blocked by an invisible wall in mid-air. The game is still being polished, but the demo didn’t give me faith this would be the platforming gem that the originals were. 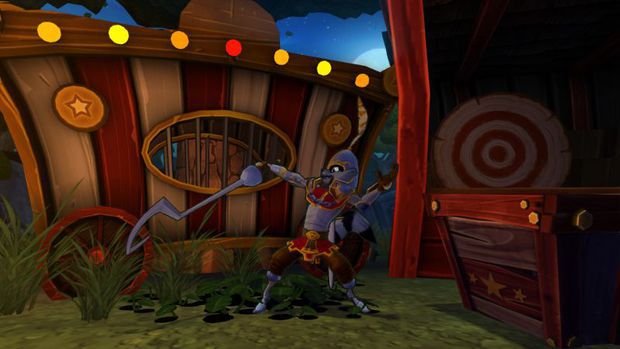 In addition to the costumes, Thieves in Time makes some cosmetic alterations to the series. There is now an arrow surrounding Sly and friends that points them toward the objective at all times. Falling down gaps now rewinds time and places you back on the previous platform. The Vita version also adds large buttons for costume changing and binoculars. I think these are pretty helpful additions, so no complaints here.

The second section of the demo found mysterious ninja raccoon Rioch Cooperi taking Sly’s place. This level, called “Sushi House,” focused on the stealth. Facing an immediate fail state because you got caught in an enemy’s spotlight is as annoying as ever. I didn’t mind stealth in past Sly games, because they usually give you plenty of space to hide within.

That wasn’t the case, here. Riochi does have his advantages, however. With Riochi, you can use his focus jump to quickly leap to far away platforms. It’s a scripted ability, designed to specific spots, but it has a nice tactile feel to it that makes it enjoyable to use.

Thieves in Time probably won’t meet the high standard that Sucker Punch set, but it’s not close to being the disappointment I feared it would be. With a little bit of polish, this could be the killer 3D platformer that Vita owners have been waiting for. Nothing wrong with playing it on the PS3, either.