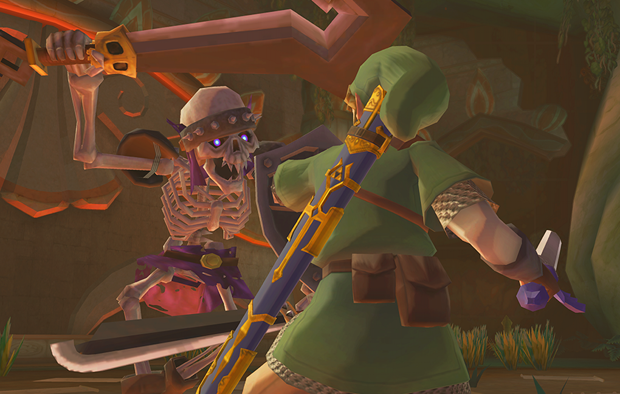 I’ve had some mixed impressions of the Skyward Sword demo here at E3. I really loved the demo’s boss battle, but was left sort of lukewarm after playing the game’s bird chasing mini-game.

Neither of those are that important though. You wont be doing that kind of stuff in the game all that often in the real game. No, the bulk of the Zelda experience is spent exploring in dungeons and the overworld, which is what I got a taste of in the game’s dungeon demo.

After playing through it, I was 100% confident that the developers at Nintendo had achieved what they were shooting for with this game. The motion controls are responsive, the enemies are fun and challenging to take on, the atmosphere is great, the items are fun to control — in short, everything that you want in a Wii-based Zelda game is right here.

Maybe you want to get this on the Wii, maybe you want to wait and see if the Wii U can upscale old Wii games and play the game in HD, but either way, no Zelda fan should miss out on Skyward Sword.