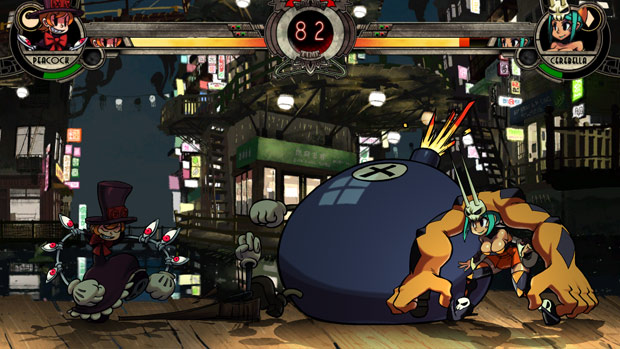 Skullgirls has been one of those little games to keep an eye on for a while. That is, if you like 2D fighters with handdrawn art from Alex Ahad (who worked on Lava Punch and UDON’s Tribute books), mixed with game design from fighting tournament champion Mike “Mike Z” Zaimont.

The game’s engine somehow manages to combine the 2D art with real-time lighting, which is pretty cool. Eight characters make up the roster, and players will be able to share their victories by uploading replays and highlights of matches directly to YouTube and Facebook.

Sounds like a promising new entry for the competitive fighting scene, and another game Jesse Cortez can thrash me in.

Skullgirls is scheduled for a 2011 release on “high-definition home consoles,” which probably means XBLA and PSN.