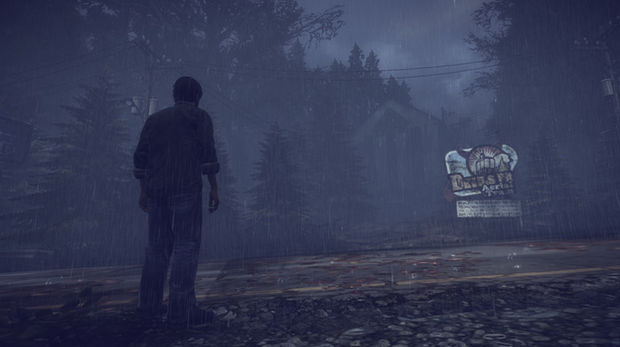 Although Dale North fully previewed the latest attempt to make Silent Hill relevant again, I couldn’t resist checking the game out myself, in stunning 3D. Silent Hill 2 is my favorite game of all time, and hearing that Downpour was evoking its spirit while successfully trying new things turned me on.

Man, what a letdown.

If I had to name E3’s biggest disappointment, it would be playing Silent Hill: Downpour and getting what looked like an even less enthralling version of Silent Hill: Homecoming. Yet again, the aesthetic of the Silent Hill movie is the one being copied, in a world that, so far, doesn’t look much like Silent Hill at all, and the combat … oh the combat … 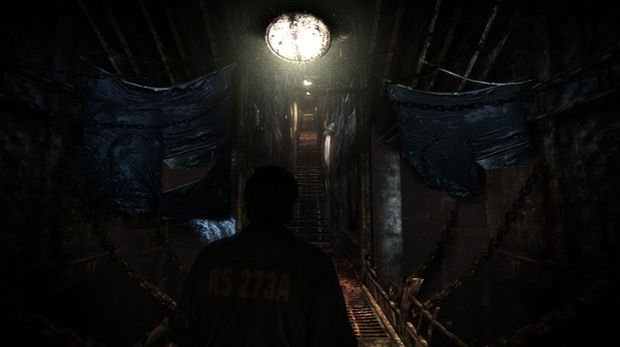 The demo opened up with protagonist Murphy Pendleton attempting to escape from a fire in a kitchen. After finding a fire alarm and setting off the sprinkler, Murphy realizes the water hasn’t stopped rising and that it’s heading for a broken electrical breaker that will fry him if the situation gets worse.

Fixing this is a simple case of wading over to a release valve, which causes a pipe to burst and fly through a door, opening it for you and letting the water drain. That’s when the scenery begins to peel away — a’la Silent Hill: Homecoming and the movie — and reveal the “Otherworld.”

What followed was a chase sequence as Murphy ran away from a red and black … thing. Some sort of killer entity, devoid of form. In an admittedly cute fashion, the corridor I ran down rapidly stretched every time I was about to round a corner. It looked cool, but it wasn’t really very scary.

Eventually, I was able to find an elevator and come up into a little area with buildings. There was a monster — some shadowy, twitchy, screamy woman — who jumped me from behind in a cheap scare tactic that would be fine for any other game, but feels a little gauche in the psychological horror of Silent Hill. I then got a taste of combat — the rubbish, rubbish combat.

Somehow, fighting feels worse than Homecoming or even the original PlayStation 2/Xbox titles. Murphy can’t fight for shit, which makes me wonder why he’s an escaped convict as he could only be capable of jaywalking at the worst. You can pick up all sorts of weapons from the environment, including bottles and fire extinguishers, but they’re all useless in their own unique way, be they too slow, too close-ranged, or simply incapable of connecting with a foe correctly. 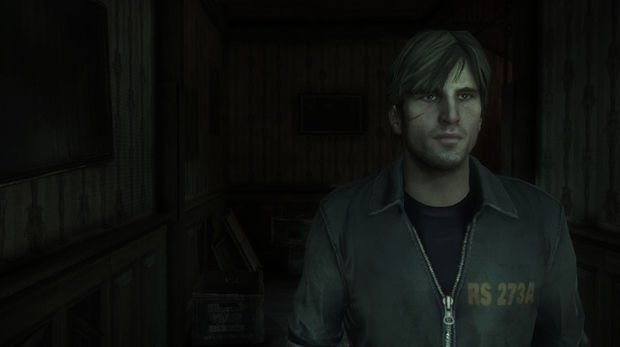 Enemies attack faster and hit harder than Murphy does, and even worse, they’re actively annoying opponents. The game cynically tries to make the monsters scary by giving them grab and scream attacks that immobilize Murphy and require the waggling of the movement stick to free him. The trouble is they spam these attacks over and over again, and there’s absolutely zero tension in that. Sure, the very first time might induce a bit of cheap panic, but by the fifth time you’ve had to jostle the stick about like Michael J. Fox on cocaine, it just becomes tiresome and repetitive. There’s no horror to be found in that.

It wouldn’t be so bad, but with the demo spawning and throwing enemies at me, running away wasn’t much of an option. If combat was more of a last resort, I could dig it, but throwing me into an open area with a bunch of enemies and no other recourse, I was forced to fight enemies with mechanics that have no place in the modern day. Better to take the ability to fight out of the game entirely than have this shoddy attempt. I had a better fighting chance in Silent Hill 2.

It’s also worth nothing just how disgusting the 3D visuals looked. With the glasses on, bits of Murphy’s hair are floating as jagged spikes from his head, and the visuals in this already visually unimpressive game get muddy and blurred. 3D doesn’t just add nothing to the experience, it takes away what little visual flare there is. 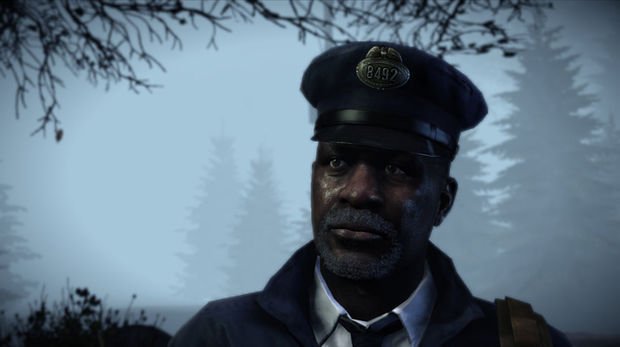 If I’m sounding mean spirited, it’s only out of love. I adore the Silent Hill and its recent, terrible iterations have become an endless source of frustration. I don’t think my love for the series could survive another disappointment, and although I admittedly only played a little slice of the action, I was left feeling utterly empty from the experience.

With all respect to my colleague Dale North, who is just as much a Silent Hill nut as I am and whose opinion I respect and often seek, I’m going to have to contest his assertion that it’s safe to get excited for Downpour. I would, instead, advise extreme caution. I say this as a fan, and one who wants to see Downpour become an excellent game. What I played was not enjoyable, but I know that Konami’s heart is in the right place, so I really do hope the final product proves me wrong and we have a game that truly brings the spirit of the series back.

I just can’t hope all that hard.