I’m coming fresh from just having spent some time with Silent Hill: Downpour. I wanted to hurry and write this up while it was still fresh on my mind. I wanted to tell fellow Silent Hill franchise fans that I’m feeling really good about how Downpour is looking right now. Really good.

Developer Vatra tells me that the game is still in alpha, but I spent a good amount of time with it, and it feels and looks great already. I think series fans are tired of Silent Hill franchise games trying to be Silent Hill 2, but I don’t think any of us mind if developers look toward it as inspiration. That is what has happened here. The atmosphere, pacing and exploration in Downpour feel good, in the way that Silent Hill 2 felt good.

The best thing I can say about Downpour so far is that it is not afraid to take its time to set the stage and pull you into a good story. It seems to invite exploration, and it’s not going to beat you over the head with instant action.

I had a chance to try out Downpour in 3D. Vatra warned that they still have a bit to go with optimizing frame rates and textures, but I felt like the game was already in a good place, even in the alpha stage of development. Some of the depth effects down corridors toward the end of the demo were quite good. When I was running for my life near the end, the 3D really heightened the tension.

The demo took me through the edge area of Toluca Lake as Murphy Pendleton, a guy that was luckily sprung during a transport accident while being transfered to a maximum security penitentiary. The journey takes him into the outskirts of Silent Hill as a convict. 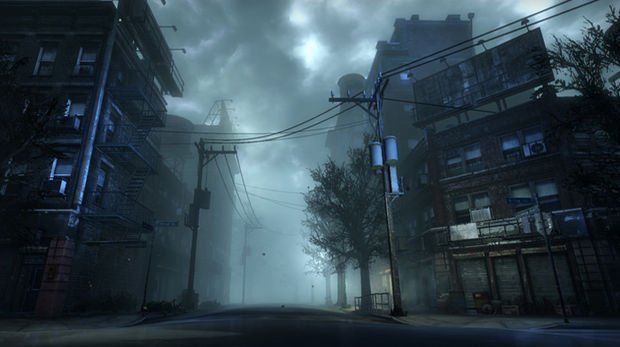 My first goal was to find my way into the city. I came across the now classic broken road, which sent me to an abandoned gas station. I had to find something to use to break a lock on a gate so that I could proceed. A crowbar from a toolbox did the trick, but I was told that rocks and other things from the environment would have also worked. All of this was controlled with pretty standard third-person control — none of that silly backwards movement from the early Silent Hill games.

Later in the demo I worked my way into a building to proceed. Things caught fire with a gas pipe accident after a bit. I pulled the fire alarm to start the sprinklers and that’s when things got funky. Stuff started floating, walls started warping, and the world became dark. Water flowed, electrical hazards popped up, and soon I was running for my life. Just when I thought i was safe, some unseen, warped darkness began following me. I had to run down corridors with doors shutting in my face. The tension was really high in this sequence where I knew I was prey. It reminded me of some classic moments from one of my many playthroughs of Silent Hill 2. 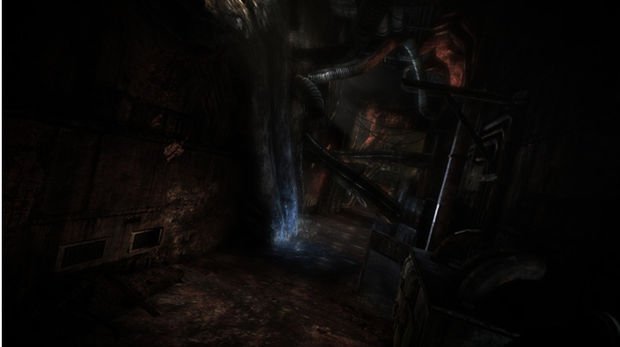 Silent Hill: Downpour is technically a survival horror game, but it felt a lot more open to exploration, and definitely more focused on slowly scaring the sh*t out of you later. The tension in the game seemed to rise naturally and gradually, but I was running for my life before I knew it. It looked great, sounded great, felt great, and had some pretty immersive 3D to boot. And again, this is in the alpha stage of development. Things are looking really good for Silent Hill: Downpour already. It’s safe to get excited about this one.