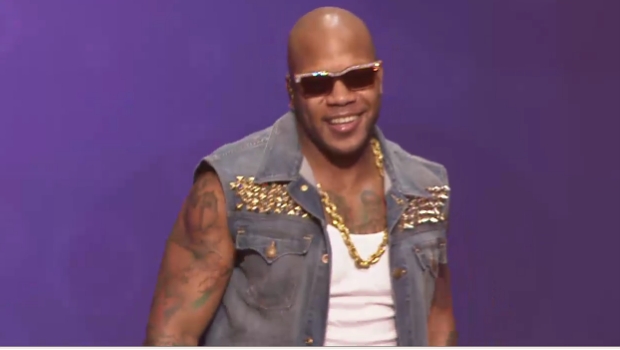 [Update: Just Dance 4 will launch in October for Wii, Kinect, and Move, and for Wii U in its launch window. It will ship with over 40 new tracks, some of which Ubisoft has already announced:

Exclusive to the Wii U version is a “Puppet Master Mode” for up to five players. It lets one player use the Wii U tablet controller to change the dance routines being performed by the other players, as well as take photos and videos of their performances. Sounds fun!]

And that’s it. Ubisoft just opened up their press conference with a performance by rapper Flo Rida, some girls danced and there was a giant banner saying Just Dance 4. So, you know, it’s a thing.

Guessing it’s going to be for the Wii and the Xbox 360 at the very least. We’ll update this post with more once we get some real info.