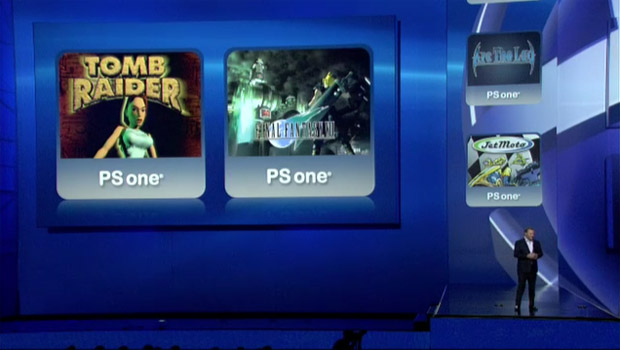 Today at the 2012 Sony press conference, CEO Jack Tretton confirmed that PSone Classic support will still be coming to the Vita.

Tretton didn’t elaborate beyond that, or give any real release date outside of “summer 2012,” but he cited Tomb Raider and Final Fantasy VII as “great PSOne classics.” While it would have been nice to get a concrete date, at least we know they’re still working on it. In fact, it was one of the main reasons I bought a Vita, and I was started to get fairly impatient regarding any sort of announcement!