[Update: Added video of Laura Kate and the Dtoid UK crew playing their version of the game.]

E3 2015 is just around the corner, and there’s no better way to pass the time than by trying to predict what this year’s expo has in store for us! For this year’s predictions, I decided to turn to one of my favorite party games, Cards Against Humanity, for insight.

For this to work, I had to create my own deck of E3-related cards by printing off a bunch of blank cards from the Cards Against Humanity site and getting to work. You can print your own decks as well, if you wish to join in on the fun and come up with your own E3 predictions. Feel free to use the ideas I came up with below, or create your own cards.

Dtoid UK also came up with their own deck and recorded the game for your listening pleasure, which you can watch over on our YouTube channel, so be sure to check that out as well.

To come up with the best E3 predictions, my friends and I played under the following rules:

1. Any played card is considered to be either the most likely thing to happen at E3 OR the thing you hope to see most at E3, with the occasional throwaway card since you’re limited by your hand.

2. The winning card(s) for each round will represent our prediction for what will actually happen at E3, OR what we most hope to see happen at E3.

3. Any card not played by the end of the game represents something that will definitely NOT appear at E3 this year.

4. Obviously, this is just a silly party game, so most of these predictions will be highly unlikely. But who knows? Maybe some of them will actually happen!

So are you wondering what will go down at E3 this year? Let’s look to the cards to find out! 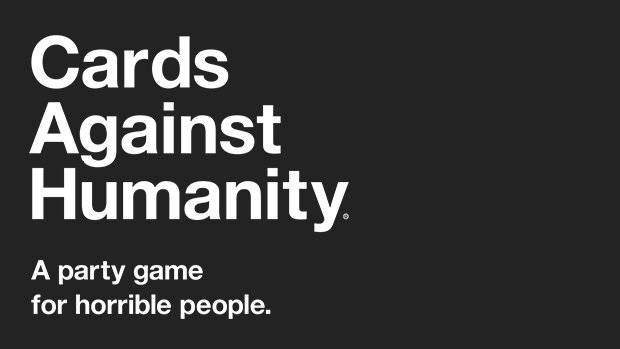 Options:
– A bland military shooter (Seems likely, but maybe not as an indie title.)
– A tender bromance (D’aww!)
– Looking for D

Options:
– A classy lady + A sexist remark (It’s possible these will both involve the same amiibo.)
– Tripping in Super Smash Bros. + Zippers on everything
– Anita Sarkeesian + Crying children (Uh oh.)

Winner: Nintendo’s next wave of amiibo will include “a classy lady” and “a sexist remark.”

3. Surprising no one, Microsoft will announce ___.

Winner: Surprising no one, Microsoft will announce “uncomfortable silence.”

4. Nintendo reveals that Link will actually be ___ in the upcoming Zelda game.

Options:
– Bubsy the Bobcat (Please, no!)
– An original idea for once
– Something nobody asked for (What could it be?)

Winner: Nintendo reveals that Link will actually be “something nobody asked for” in the upcoming Zelda game. 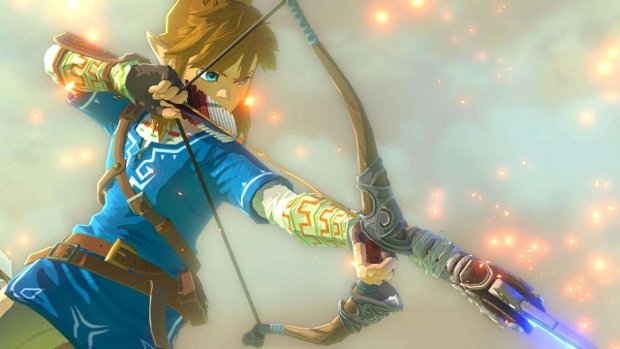 Winner: Nintendo declares 2016 as the Year of “Filthy Casuals.”

6. In the new Tomb Raider, Lara Croft must navigate a harsh winter environment armed only with ___.

Winner: In the new Tomb Raider, Lara Croft must navigate a harsh winter environment armed only with “a noticeable bulge.”

7. Capcom will release a new Mega Man game, but only if enough fans pay for ___ first.

Winner: Capcom will release a new Mega Man game, but only if enough fans pay for “pissing on the corpse of a beloved franchise” first.

8. Kojima and Del Toro are back together to work on a new game titled ___.

Options:
– A Kickstarter Campaign (With a cryptic teaser titled KC.)
– A Ham Sandwich (You heard it here first, folks!)
– Hideo Kojima (Well, he does like inserting his name into his games.)

Winner: Kojima and Del Toro are back together to work on a new game titled “A Ham Sandwich.” 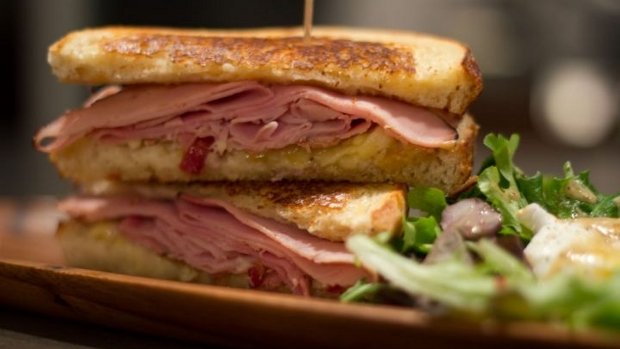 9. Someone will take the stage wearing a shirt depicting ___.

Options:
– Quick-time events (Press X to take off shirt!)
– Feminist propaganda
– Batman’s nipples (I’m sure there is an actual shirt like this.)

Winner: Someone will take the stage wearing a shirt depicting “Batman’s nipples.”

Winner: The next Assassin’s Creed will allow you to play as either “Kratos, the God of War” or “nothing at all.”

Options:
– Hardcore gamers (So, PvP then?)
– A female protagonist (Way to ruin the game, Bethesda!)
– A blasian

Winner: Fallout 4 will be set in a post-apocalyptic world ravaged by “a female protagonist.”

Winner: In the next Kirby game, Kirby will be made out of “Reggie Fils-Aime’s body.” 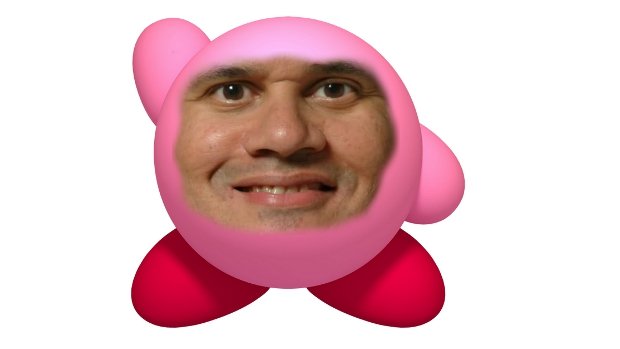 Winner: Instead of announcing Half-Life 3, Valve will announce “a new Mario game.”

14. Mother 3 will finally be released outside of Japan, but it will now feature ___.

Options:
– The Kinect (How could this happen?!)
– Obscene Miiverse posts (Well, yeah, probably.)
– A dancing game (You know what? I totally want this now!)

Winner: Mother 3 will finally be released outside of Japan, but it will now feature “obscene Miiverse posts.”

15. In an unexpected turn of events, a Nintendo representative will remove Toad’s hat to reveal ___.

Winner: In an unexpected turn of events, a Nintendo representative will remove Toad’s hat to reveal “a boner.”

Winner: The Last Guardian is still coming, but will star “an unarmed black kid” and “corgi butts” instead of a boy and his dogbird. 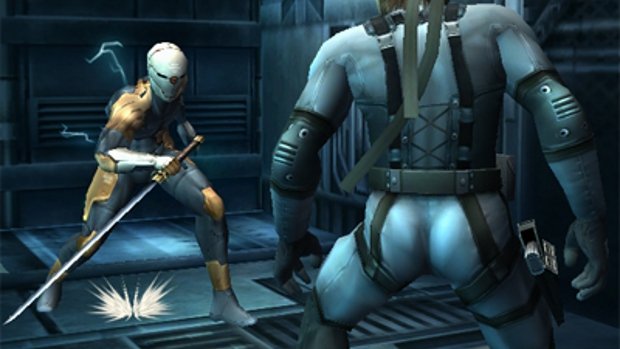 18. Shigeru Miyamoto will appear accompanied by ___.

Winner: Shigeru Miyamoto will appear accompanied by “a kid becoming a squid.”

Options:
– The guy from Hatred (Lots of stolen ideas going on at E3 this year.)
– The end of video games (Goddammit, Microsoft!)
– A cinematic experience (Well duh.)

Winner: Microsoft announces a new IP about “a cinematic experience.”

Winner: Microsoft will not stop talking about “sports.”

21. What will be the most exciting announcement to come out of E3?

Winner: What will be the most exciting announcement to come out of E3? “The Citizen Kane of video games.” 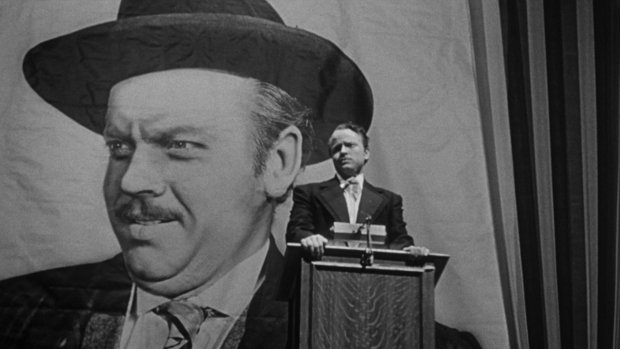 22. What will be the most awkward thing at E3 this year?

Options:
– The f-bomb (But who’s gonna drop it?)
– A spontaneous rap battle
– Body odor (Probably true for most gaming conventions.)

Winner: What will be the most awkward thing at E3 this year? “Body odor.”

23. Sony announces that ___ will finally be coming to Vita.

Winner: Sony announces that “meat” will finally be coming to Vita.

24. A new game coming to Oculus Rift will allow players to experience ___ in virtual reality.

Options:
– Mario’s mustache (It’s just so glorious!)
– Teabagging (Well, some people are into that.)
– Eating an entire bag of Doritos (Welcome to the wonderful world of virtual reality, folks!)

Winner: A new game coming to Oculus Rift will allow players to experience “eating an entire bag of Doritos” in virtual reality. 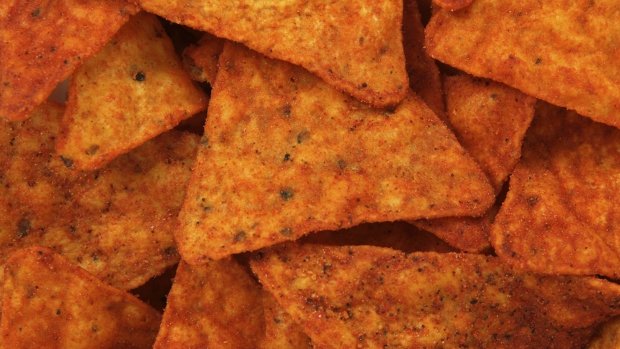 25. In Dark Souls III, players recover by resting in front of ___ instead of bonfires.

Options:
– A single tear (I’m sure players will be shedding a single tear while resting.)
– A clown on fire (Do we have to kill the clown first?)
– Lara Croft’s cup size

Winner: In Dark Souls 3, players recover by resting in front of “a clown on fire” instead of bonfires.

Options:
– An immersive experience (Zing!)
– A live shark
– An unexpected amount of blood (We expected some blood, but not THAT much.)

Winner: What is the last thing you expect to see at E3? “An immersive experience.”

Options:
– Peter Molyneux (It will be a life-changing experience!)
– Bronies (I’m pretty sure this is already a movie.)
– Product Placement (Unsurprising.)

Winner: Microsoft is pleased to announce “Product Placement”: The Movie.

Options:
– Caitlyn Jenner (Haha, this answer was too perfect! It wasn’t my turn to judge, though.)
– Yet another game about the zombie apocalypse (This is very likely.)
– Two dudes making out hardcore (I wouldn’t mind playing that game in glorious HD!)

Winner: “Two dudes making out hardcore” will be announced as an HD remaster.

Winner: No Man’s Sky will feature a planet inhabited by “muscle bears” and “unimaginable happiness.” 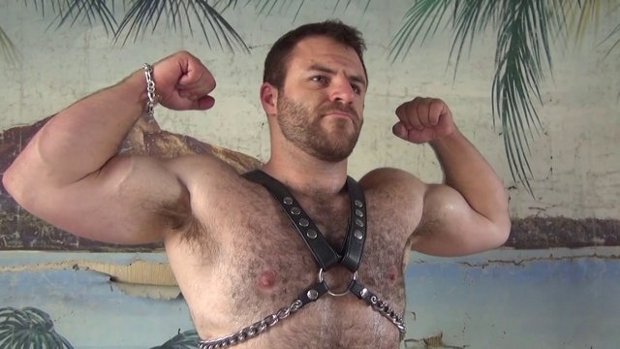 Unused white cards (meaning these things will definitely NOT appear at E3 this year):

– A death ray
– A bag full of spiders
– The creature from The Last Guardian (Did someone lie to us?)
– Slipping on a banana peel
– Battletoads (Oh well.)
– Flesh-eating bacteria
– Lots and lots of money (Uh oh, no money at E3?)
– Wasted potential (The irony of this card not being played…)
– Rock-hard abs
– The best thing ever (Well, that’s sad…)
– Maniacal laughter
– Pure evil
– Soccer moms
– Waluigi (C’mon Nintendo, give the people what they want!)
– Samus Aran (No more Metroid yet. Sorry, Zack!)
– A fight to the death (Well at least no one dies.)
– Powerful thighs