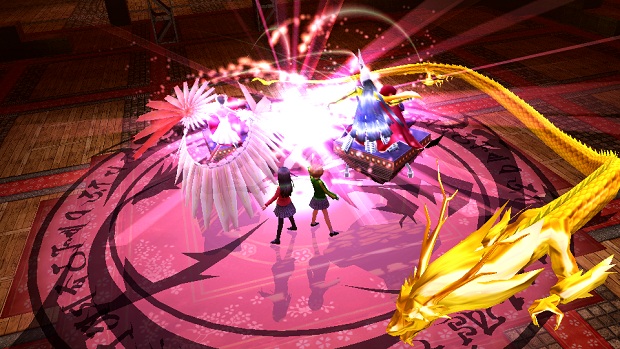 Sony’s press conference did very little to sell me on their new portable hardware. Atlus, however, sold me as soon as they put a Vita in front of me that was running Persona 4 Golden. The Vita’s screen combined with the redone visuals combine for one of the tastiest RPG experiences this side of June.

Persona 4 Golden is a perfect fit for the Vita, and if you’re like me, you’ll take any excuse to jump into the town of Inaba. If you missed out on Persona 4 the first time, Golden will deliver one of the best RPG experiences with even more than the PlayStation 2 version.

The game itself is fundamentally unchanged, but that is in no way a bad thing. There are extra features though, including a new character, new Personas, more voice work, and motorbikes! The menus are also completely redone and are incredibly smooth and sleek, using the touch screen to swipe back and forth. 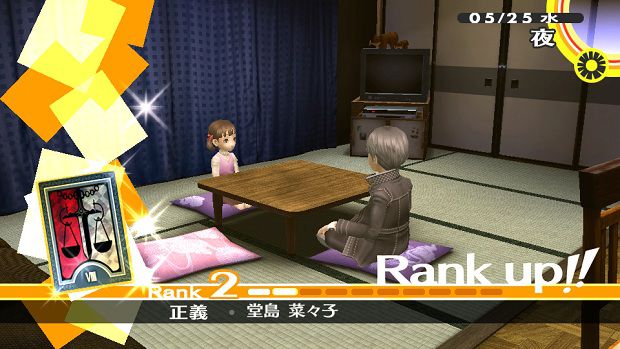 I cannot stress enough just how beautiful Persona 4 Golden looks running on the Vita’s screen. Textures are smooth, colors are vibrant, and each little detail comes to life. The anime cut scenes look even better than before, and in Golden, there are even more of them than in the PlayStation 2 version.

Once you unlock the cut scenes, you’ll be able to view them at any time. The music will also be available for your listening pleasure in this version. Considering Persona 4 has some of the best music in an RPG, this is certainly a welcome feature.

The game controls the exact same way as before, since the Vita has both analog sticks for character and camera movement. Combat also remains unchanged; the classic turn-based RPG style is still intact. Unless you’ve already played and disliked the original Persona 4 or simply avoid everything JRPG, there’s so many great things to entice you to play Golden.