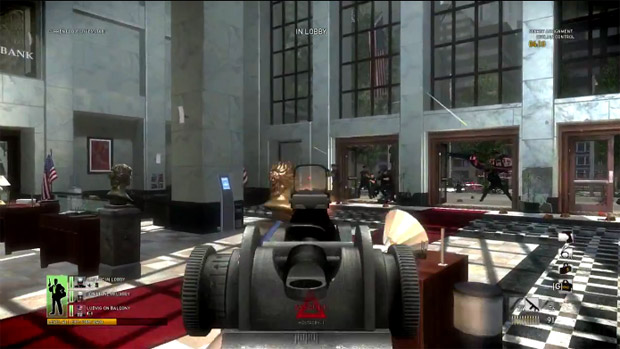 When Sony Online Entertainment announced the downloadable PC/PlayStation Network game Payday: The Heist just before E3, Jordan was hoping that the heists would be fun and that it would control well.

From the looks of this trailer the controls look like a mix of Left 4 Dead and Call of Duty, so that part should be fine. Conrad has also been yapping our ears off about how fun this game is, so that settles that as well.

While the last game that sold me on it with a heist trailer was Kane & Lynch, Payday looks a lot better already. With six heists to play through and a dynamic environment to add replayability, this could be a surprise co-op hit if it’s priced well.