I know, these Need for Speed subtitles are getting a bit confusing, but the games are anything but. People seem to find something appealing about driving sexy, nasty cars that break the $100K mark, and playing chicken with the authorities who want to ruin their fun of driving really, really fast. For the life of me, I can’t see the reason anyone would want to do that. Taking the bus is where it’s at, people. Seriously.

Still, if you insist that cutting through the wind at high speeds and fishtailing cop cars is the more entertaining use of automobiles, you’ll soon have Need for Speed: Most Wanted on iOS to keep you happy. 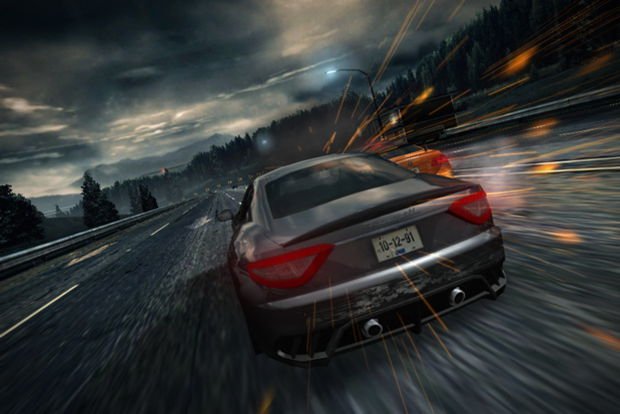 I didn’t get to experience a whole lot of this game, but what I played seemed pretty solid. I’m not even going to bother adding “for a mobile game” to the end of any declarative statement here. I think it’s safe to assume that market has reached a decent peak in recent years, so I tend to regard all of them no different than I would a 3DS game.

Really, this game looks damn fine. It’s hard to imagine a game built for the meager screens of the iPhone and iPad being blown up on a TV and looking just as nice, but that’s the case with Most Wanted. Even the aliasing is minimal, which only makes the reflections, lighting, and particle effects pop more. The game also has physics implemented into all the crashes and messy events of each race. Things being destroyed in a semi-believable fashion is just as entertaining as extreme speed, I agree!

The controls, though, were just OK. I think this is just a general issue with most mobile games, based on the nature of the hardware’s core design. Trying to steer a car with a gyroscope that likely wasn’t 100% designed with games in mind is not an easy task. After watching Destructoid staffer Steven Hansen bash the shit out of his Porsche into guardrail after guardrail, I had keep the steering corrections small when I eventually picked up the game. 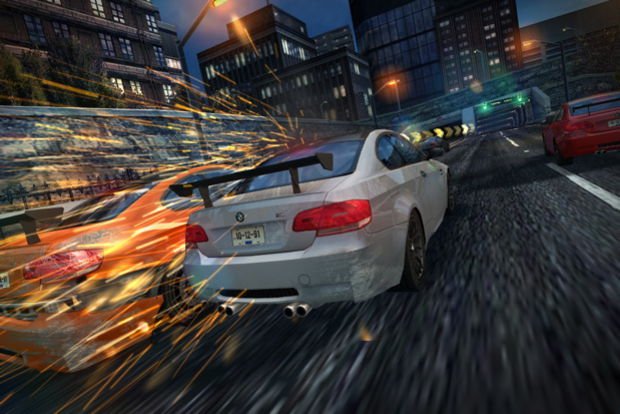 Though the controls were a bit unresponsive and unintuitive, the gameplay was simple with no learning curve.  Really, all you have to know is two commands: swiping up to activate your boost, and tapping the bottom left corner to brake. Cars constantly accelerate themselves, so Most Wanted requires very little brain power to pick up and start breaking traffic laws.

Overall, the experience wasn’t too bad. I don’t have an iPhone — or iAnything, for that matter — so part of me kind of envies the quality games that are constantly appearing on these devices. So anyone with an iOS gadget has yet another decent game to look forward to, especially if they enjoy going really, really fast.

Keep an eye out for Need for Speed: Most Wanted when it launches on iOS and Android this fall.