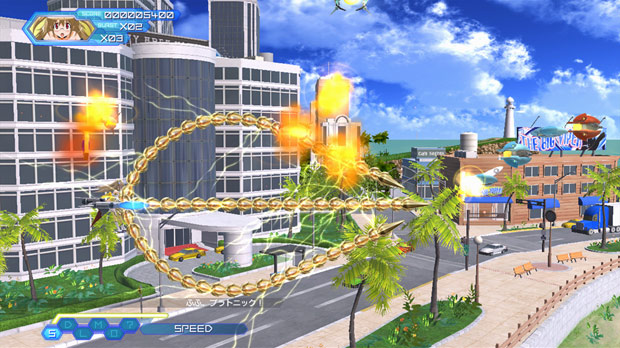 Another Otomedius Excellent trailer, and this time it’s a bona fide American one. That is, it’s the Japanese trailer from a month or so ago with added English subtitles. So if you didn’t know what was going on before, now you can finally make sense of what the characters are saying. An all-important aspect of being able to grasp the story-heavy genre of shmups!

The game will be a retail disc title with 9 characters “on-disc,” 8 stages, up to three player local and online multiplayer, a gallery mode to peek at under-age girls for extended periods of time, and “loads of appealing downloadable content.” Since Konami insists on stating that the characters are on-disc, that DLC probably will be a character or two.

The Special Edition comes with a 2-sided pillowcase, a 64-page artbook and a soundtrack disc with Otomedius series music. Otomedius Excellent wfor Xbox 360 will hit stores on July 19th, 2011, in North America.