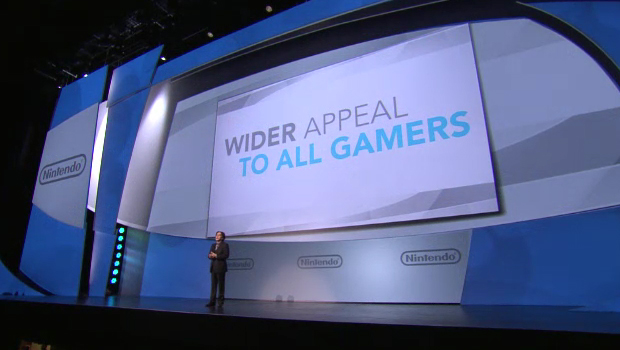 Nintendo introduced the Wii U at its E3 press conference yesterday with the hopes of expanding its audience, but if the Japanese stock market is any indication, not everyone is convinced yet.

The company’s stock price plummeted 5.68% to ¥16,930 by closing time on Wednesday, June 8. Nintendo’s shares haven’t traded at that price in more than five years, since before the launch of the Wii in November 2006. Volume was particularly high today: over 2.2 million shares were traded, far above the 720,000-share daily average for the previous six months. Nintendo shares trade on the Osaka Securities Exchange, which was relatively flat for the day — up 0.23% — as was Japan’s Nikkei 225 index, which closed up 0.07%.

Analysts don’t seem particularly enthused about the Wii U so far. Yusuke Tsunoda, an analyst for Tokai Tokyo Securities Co., told Bloomberg that Nintendo’s Wii U reveal “fell far short” of high expectations. “People are puzzled whether this will really sell,” said Shuji Hosoi, an analyst at Daiwa Securities Co. Most of us here at Destructoid are cautiously optimistic about the Wii U, but Nintendo’s confusing press conference apparently left investors skeptical of its chances for success.

With the launch of the Wii U at least one year away, Nintendo has a lot of time to instill confidence in its investors. But this surely isn’t the initial response they were looking for.