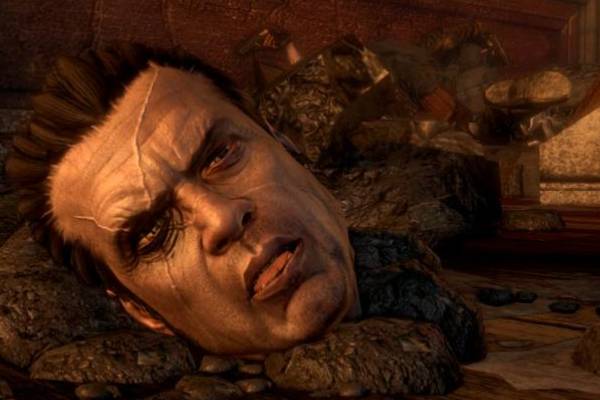 Here’s a trailer for NeverDead, the action/comedy/horror title about a guy who can’t die. Personally, I’m getting sick of how many games today shoehorn the word “dead” into their titles, but I’ll make an exception here. Like Shadows of Damned, NeverDead looks like it understands how to utilize over-the-top horrific violence for the sake of both action and comedy. Having a immortal main character casually complain about having his arm ripped off as he battles hordes of rampaging demons is far from typical, let alone boring.

If you want more about how the game came together, check out the official developer diary vid here, though the video above (which details the origin of the game’s main character and some of the bloody, ridiculous situations he gets himself into) should be more than enough to get you started. I’m particularly happy to Megadeth to the game’s soundtrack. The band is a perfect fit for the game’s combination of sincerely badass moments with straight-faced, heavy metal, ironic idiocy.

With Bodycount writing a song about Gears of War 3, Megadeth writing stuff for this game, and Brutal Legends barely out of sight in our rear view mirrors, is it safe to say fusing 90’s metal with modern videogames is officially a thing now?