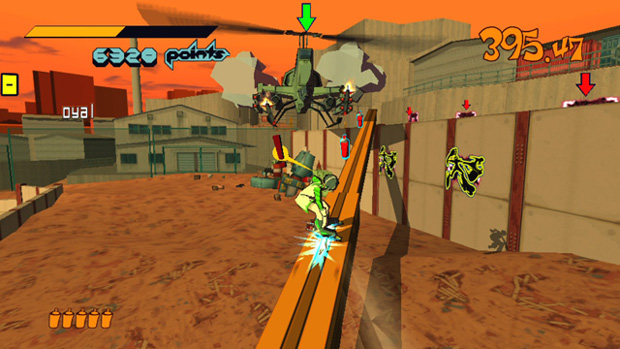 I just played Jet Grind Radio for the first time last year, so the memories are still fresh. Sega had the Vita version of the Jet Set Radio remaster on hand at its booth, so I gave it a spin to see what has changed and what has stayed the same.

Straight up, this is Jet Set Radio Director’s Cut, featuring all the levels and music from the various versions of the Dreamcast original. Other than that, it looks just like you remember it, only sharper and in widescreen. The Vita version will also feature touch controls in some capacity, though those haven’t been implemented yet. One new addition is camera control mapped to the second stick, which ought to please some fans.

Really, though, it’s the same game from before. If you loved it then, you’ll love it now. For new players, skating around can be a bit stiff at first, and it’s difficult to build a good head of momentum. But even if the skating and graffiti-tagging gameplay isn’t your cup of java, you’ll definitely fall in love with the incredible music.