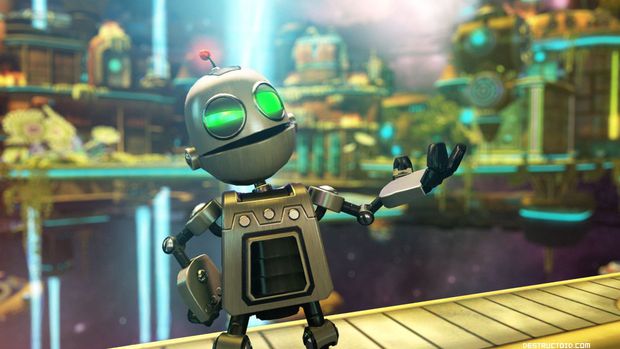 Oh boy, it’s one of these stories; I blame your rampant thirst for knowledge. (And mine too.) During EA’s E3 2011 press conference, Insomniac Games will announce its latest title, which so happens to be an Xbox 360 and PlayStation 3 affair.

Interestingly, the studio is saying this game has a new universe. Makes sense, considering the relationship with Sony. What’s the next step for the team behind Resistance and Ratchet & Clank? We will find out soon enough — EA’s conference kicks off Monday at 12:30 pm PDT. Catch it on Spike TV or online.

I’d also like to point out that some Internet-going folks are angry that Insomniac is reaching out to a larger audience with this project. The eff is wrong with you guys? Can’t we all have nice things?