It’s a collaboration between former game developers who’d worked with the likes of Midway, and animation and visual arts legend Michel Gagné. If you don’t know Gagné’s name, you likely know his visual effects work on the Cartoon Network’s Star Wars: Clone Wars and classics like An American Tail. He’s also got an Academy Award nomination to his credit, for his short film Prelude To Eden.

He also hasn’t played or really looked at videogames since id Software’s Doom. 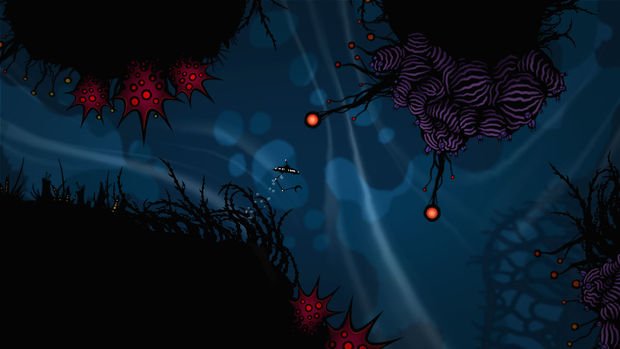 Insanely Twisted Shadow Planet is an action adventure shooter puzzler exploration-y type thingie. Translated, it’s not entirely unlike Nintendo’s Super Metroid, a name that came up more than once in our demo. The game has you controlling a little spaceship, moving through dark corridors, shooting up alien creatures, and collecting item upgrades throughout your adventure. The game’s map is also reminiscent of the Metroid series, with a tile-style map that expands as you explore the game world.

It’s a visually striking title, with a mysterious aesthetic married to smooth, feature film quality animations. Speaking to Gagné about the art design, he says the goal was to create an animated movie that you could play. Gamers might take a quick glance and immediately be reminded of Sony’s Patapon. But fans of animation and Gagné work will know that this isn’t a case of a visual impostor, but rather a good representation of a style he’s crafted over the years. 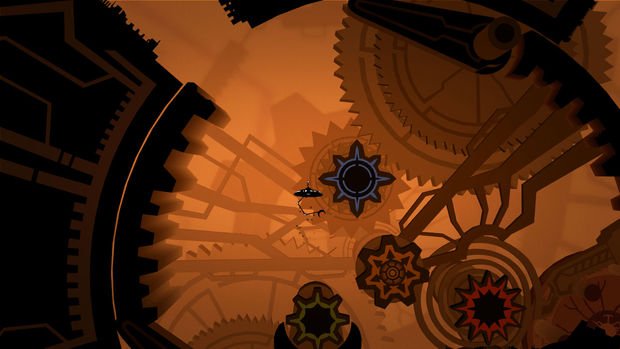 In fact, Gagné tells me he’d never even seen or heard of Patapon until he heard gamers making comparisons back when Insanely Twisted Shadow Planet was first revealed. Going even further, Gagné says he hasn’t played a game since the early 90s, id’s seminal first-person experience, Doom. When he first started work with Fuelcell, his first inclination was to go out and buy a current gene console and to get up to date. Instead, he steered clear, sheltering himself from other work in the medium and saying “pure” and true to his vision.

Now that the title has been completed and nears release, he’s ready to start playing games again. Speaking with him, I find that he’s incredibly passionate about using videogames as another canvas. To him, videogames not only can be art, but they simply are art.

Insanely Twisted Shadow Planet is out later this year as part of Microsoft’s XBLA “Summer of Arcade” promotion.