[Editor’s note: We’re not just a (rad) news site — we also publish opinions/editorials from our community & employees like this one, though be aware that they may not jibe with the opinions of Destructoid as a whole, or how our moms raised us. Want to post your own article in response? Publish it now on our community blogs.]

There seems to be a lot of confusion about the Wii U’s tablet controller following its reveal at Nintendo’s E3 press conference yesterday. While Nintendo have always chosen to focus on the gameplay experience rather than technical details when it comes to new hardware, there’s one feature of the new controller that seems to have been quietly smuggled out in a post-conference press release — namely, that each console can only support a single tablet controller. To quote Nintendo’s official press release (emphasis added):

Each Wii U console will be partnered with a new controller and can also use up to four additional Wii Remote™ or Wii Remote Plus controllers.

This paints a rather different picture of the console than the impression given by Nintendo’s sometimes-vague presentation. Given how most games’ single and multiplayer modes are functionally identical, the limitation means that developers planning on integrating both will either have to make the tablet user play in a manner distinct from the core experience, similar to how Super Mario Galaxy‘s second player participated, or ensure that gameplay is the same regardless of a player’s control choice, preventing the tablet’s unique functionality from being fully taken advantage of. 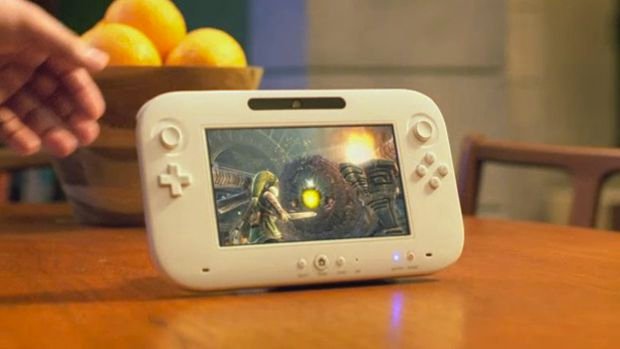 Exclusively single-player games should be fine, yet if we consider what constitutes most of the so-called ‘hardcore’ third-party titles Nintendo are courting with the Wii U, a significant majority of them support multiplayer gaming in some capacity. It seems unlikely that a developer would handicap a player for selecting an alternate control scheme, so the advantages of using the tablet will most likely be limited to things like streamlining the HUD, or moving visual options onto the touch screen (detective mode in Arkham City or the motion sensor in Aliens: Colonial Marines, for example). These functions would normally take up space on the television; they aren’t drastic innovations that cannot be replicated using other control methods. In other words, I would expect the tablet controller to tidy up the way we play games, rather than revolutionize it.

I would even go so far as to venture that the Wii Remote or Classic Controller may end up being the primary control method for many Wii U players. That’s not to talk down on the tablet, which — although I’m not at E3 and therefore haven’t so much as touched it — looks to be a fascinating piece of kit. In particular, I like that it will allow for an extra player to the standard four in multiplayer matches, and there’s certainly nothing wrong with having a tidier interface. But for all its ‘Swiss Army knife’ applications, I suspect that if most games do end up having to adapt their control schemes to multiple input methods, many gamers will default to a more traditional controller and predominantly use the tablet for its wireless screen-streaming capabilities. 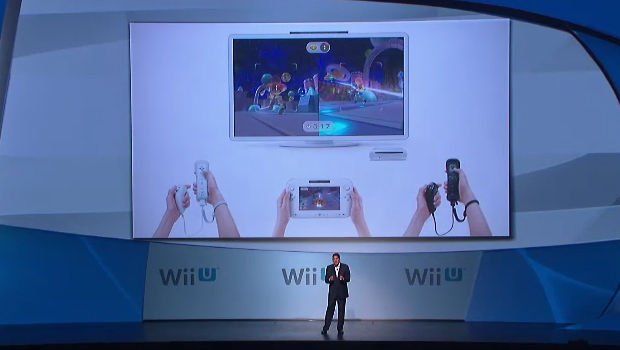 Personally, I consider this a good thing. While watching the conference, my first thought was that the Wii U probably wasn’t going to be a console for me. I’ve more or less been an exclusive Nintendo gamer all my life, unless you count dalliances with PC, a Sega Saturn and friend’s PS1. But I couldn’t imagine losing the Wii remote’s pointer, which, for me, has been the most significant advancement in game control since the analog stick. I like motion control, but it wouldn’t have been a deal-breaker had the Wii U lacked it. With the PlayStation Move bringing those advantages to a core gaming audience, it seemed like Nintendo was backtracking just when they could be about to reap the dividends of that innovation.

But perhaps that judgment was too hasty. The more I think about what the tablet can do, the more it strikes me as a more natural secondary control method, for when the TV is occupied or you have one friend too many for your split-screen Mario Kart game. The fact that the console only hosts one tablet means Wii owners won’t have to shell out for a whole new set of controllers — a big plus for a new machine. For those who continue to find the Wii Remote uncomfortable, the Wii U is compatible with the Classic Controller, but sadly not the GameCube pad.

With the excitement of the conference abating and a semblance of rational thought returning, it seems to me that Nintendo’s cleverest trick with the tablet might be in giving gamers what they always asked for from the Wii: a choice.

[In addition to being Flixist‘s entire UK branch, I write game, movie and TV reviews for my multimedia blog. You can read my thoughts on the E3 2011 press conferences here, or follow me on Facebook.]