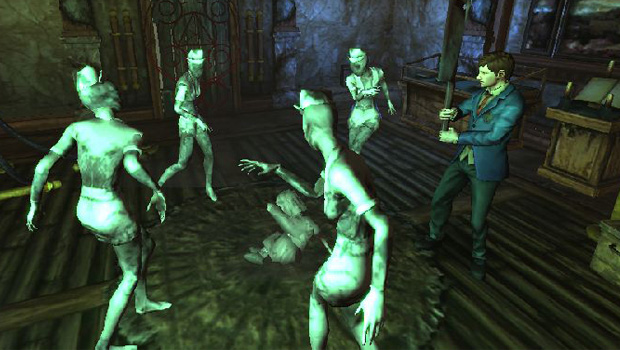 Suffice to say, Silent Hill: Book of Memories has been met with a significant measure of cynicism by series fans. Seeing a beloved survival horror franchise become a dungeon-crawling RPG is a shock to the system, but after Destructoid’s E3 interview on the game, I personally felt quite confident.

Having snuck a go of the game on the E3 showfloor, my confidence has solidified. I sliced nurse demons, picked up gold, solved puzzles, and did several things that run completely contrary to the idea of a Silent Hill game … and I liked it. 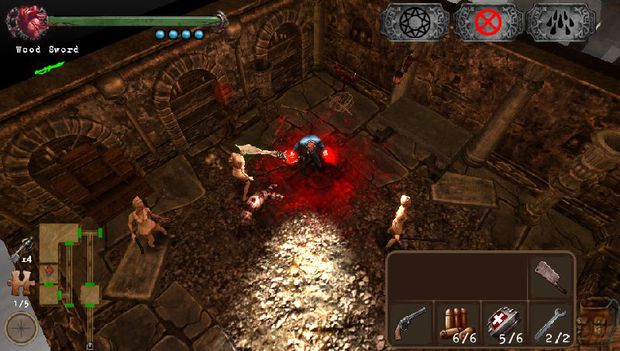 One thing to note right off the bat is that this game looks pretty damn gorgeous on the Vita’s OLED screen. I really don’t think the screenshots we’ve seen so far does it justice, as it shines when seen in motion. The light of the player’s torch is particularly impressive, and the deep reds and rust of the environment really stand out. Those worried after looking at some still images may want to wait and see it moving first.

As for the game itself? Well, it is exactly what it is — a dungeon-crawling RPG set in the twisted universe of Silent Hill. If you can’t handle that, it’s your loss. I’m not prepared to convince you to like it if you’ve already decided that its attachment to a name is enough to ruin the experience. Your reasons are arbitrary and not to be reasoned with. The rest of you, read on.

Players can create a character using simple tools that don’t offer a huge deal of customization, but provide just enough to get a light sense of personal flare. Based upon high school archetypes, players can create bookworms, jocks, goths, and more. Skin tones, hair styles, clothing and various accessories can be altered, so there’s enough to get something you like the look of. 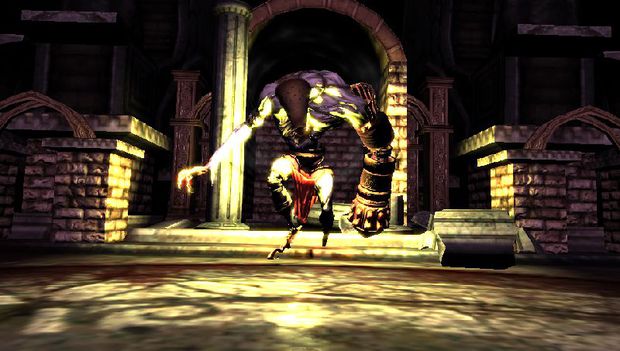 After the player’s character receives a mysterious book (via the creepily amicable postman of Silent Hill: Downpour), he or she starts dreaming of violent otherworlds populated by recognizable enemies from past games. The left and right hands of the protagonist can be equipped with different weapons, activated by two different face buttons, though two-handed armaments are available. Each weapon has a limited lifespan and will become useless if wielded too many times. Fortunately, there is an abundance of offensive tools on hand, not to mention spanners that can be used to repair favorite items.

For the most part, the game controls very well. Face buttons are used for attacks and interactions, the L button targets enemies, and there are various touch controls to keep things interesting. It pleases me to say that most of the touch icons are sensibly placed at the side of the screen, making them easily accessible and simply extending the layout of the buttons. That said, looting items involves touching the center of the screen, which I never find convenient in a game that utilizes a mostly traditional interface. Still, these touch intrusions aren’t too bothersome, and most of them are nicely situated with player comfort in mind. 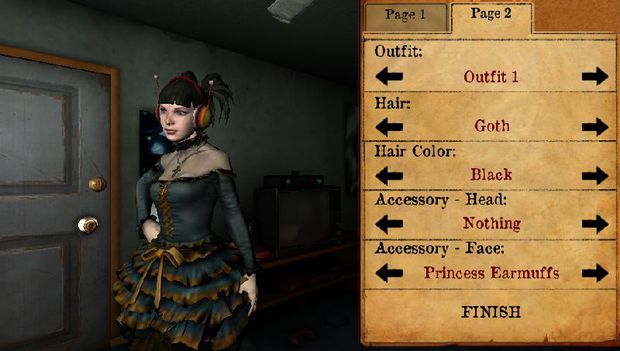 Enemies can drop “Memories” which act as the game’s currency — essentially gold with a fancy name. Shops operated by the Postman can be found, allowing Memories to be exchanged for new weapons and relics — equipped items that enhance certain stats. There are also “Forsaken Rooms” with solo-oriented puzzles and multiple outcomes, while my favorite Silent Hill creature, Valtiel, offers quests that can bestow new rewards upon their successful completion.

As an RPG, this is a solid game. The combat is pure and satisfying hack n’ slash, the drive to explore and find gear is just as compelling as in any genre peer, and the added influence of Silent Hill makes for some entertaining fan service that, if not taken too seriously, should amuse long-time fans. Maybe not the fanatical purists, but the fans who just enjoy Silent Hill as a series and don’t mind seeing a fun little spin-off.

Like I said, I will not attempt to convince you to give Book of Memories a chance if you have already planned to hate it. What’s the damn point? All I can say is, as a fan of dungeon crawlers and as a fan of Silent Hill, I really am starting to appreciate this fresh spin for what it is, and I very much enjoyed what I played. The games I already love are still there, so why are we pissed? A good game is a good game, and Book of Memories is shaping up to be just that.

In fact, I am just going to say that this is now my most anticipated portable title of the year. So there.