Thanks to my semi-adolescent brain, mech battles are easily some of the most awesome of which I can conceive. The notion of pitting giant robots with lasers, machine guns, and jets against one another is at the top of my list for videogame settings.

To my elation, the genre seems to be enjoying a resurgence in popularity as of late. With Steel Batallion, Mech Warrion, and now Zone of the Enders all seeing sequels, I’m a kid in a metaphorical anime-inspired world stocked with missiles and robots. 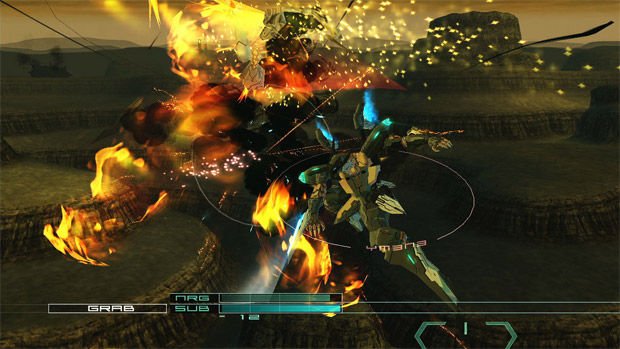 The first beat of this mecha movement is the “rerelease” of the of the first two Zone of the Enders titles as part of an HD collection I played through the first 30 minutes or so at the Konami booth, and I left thoroughly impressed. That said, my shock had very little of it had to do with the improvements Konami has made (which are substantive) and everything to do with the sheer quality of the original game.

In terms of an “HD remake,” Zone of the Enders is about what you’d expect. Frame rate and resolution have been boosted, as has the quality of some of the textures; they’ve added achievements and cleaned up a lot of the audio as well. There isn’t any new content, however, and they haven’t tweaked anything in terms of gameplay. So you’re really only paying for the higher resolution and the ability to play ZotE on a modern console.

It’s nice that almost every facet ages well, and I think it makes for an excellent downloadable title. Combat is fast-paced and feels brutal. Animations are nice and smooth, and the whole package fits nicely together. If I had to level one complaint, I’d say that the voice acting is pretty god-awful, but that’s a small price to pay for such fantastic gameplay.

The release date is set for October 25 in Japan, so keep an eye out for this sometime in Q4.