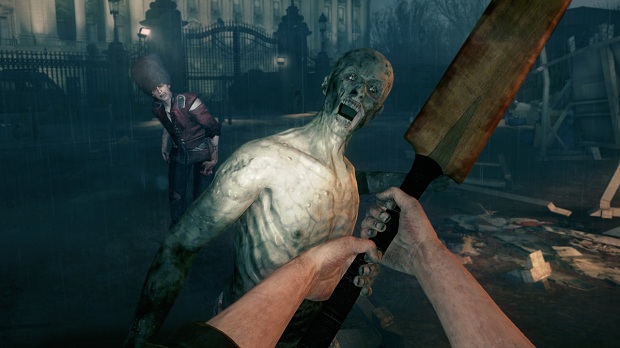 That was my first reaction after playing ZombiU for the Wii U at Nintendo’s booth during E3. Huh.

Now, “huh” usually has a negative connotation, but that is not necessarily the case with this particular game. The “huh” is more a simplified version of the actual, widely varied reactions that occurred when playing this M-rated, Wii U-exclusive game. I had a few OMGs, some Woahs, some Mehs, some Cools, and some Ughs, all leading up to my final, summarized reaction. 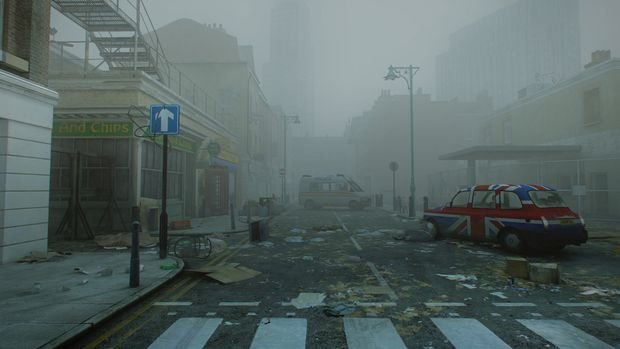 Let’s get to all the good stuff first.

Even though zombies are completely overused in videogames, ZombiU surprisingly feels fresh. This is due to a few key things. One, the controls. The Wii U GamePad feels great, and playing a first-person shooter like this with it is totally comfortable.

The draw to this game — and the feature that drew the most applause during the Ubisoft press conference — is the cool implementation of the GamePad controller. While running around doing normal zombie-killing things, you can use the GamePad for many different things.

When opening a box, you can see the contents on your touch screen. Just tap what you want and slide it into your inventory! Get to a door that needs unlocking? You can pick the lock in a super easy (almost too easy) lockpicking minigame on the GamePad! Need to type in a code to open a door? Type it in on the touch screen!

This stuff is fun (if a little gimmicky) and helps mix up the action.

Another cool addition to the game is permanent death. When you die in ZombiU, you die forever. There are no retries or lives in the game. When you die, you restart as a brand new survivor, with your old character walking around the level as a zombie. It’s a really neat addition and makes death feel so much scarier than in most games of the type. 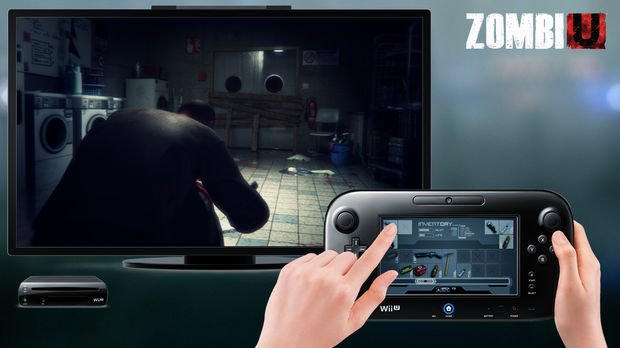 First, ZombiU doesn’t really look that great. Compared to the Wii, the game looks incredible. The textures are detailed, the lighting is slick, and the environments are appropriately atmospheric. But when you compare the game to other current gen games of the same type, it doesn’t hold up.

If it was very stylized, this comparison wouldn’t be fair. But it’s not. It is supposed to look as realistic as possible, and the graphics just don’t feel as advanced as they could.

The game doesn’t look bad by any means, but it’s hard not to compare it to similar games on other systems. The comparison is inevitable. 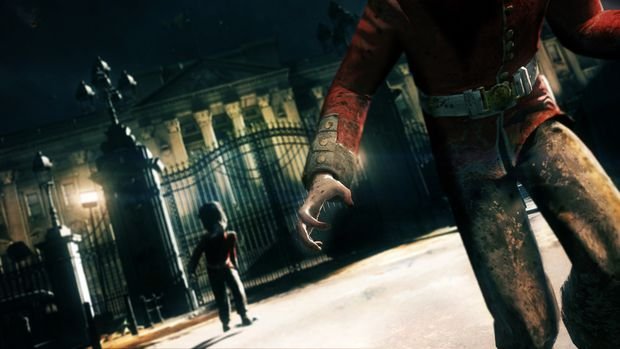 Another problem with the game is also one of the ZombiU‘s greatest strengths: the implementation of the GamePad controller.

As mentioned, there are some really cool things about the new control scheme — lockpicking and item management is particularly neat. But there are some sequences that are just plain weird and a little awkward.

Some parts of the game have you hold up the GamePad screen and look “through” the touch screen. Sometimes this is used for aiming with your sniper rifle, which is pretty cool, but most of the times it is used to “scan” the area and find secret thing using a special kind of vision.

In concept, it sounds neat, but it doesn’t work very well and totally takes you out of the action. (It is also accompanied by a very awkward on-screen animation of your character also looking through the same type of tablet screen. Why does he/she have this device in their backpack?)

Adding a few clever elements with the GamePad is great, but add too many and the game collapses under its own cleverness.

And, unfortunately, ZombiU falls into this category more often than not. 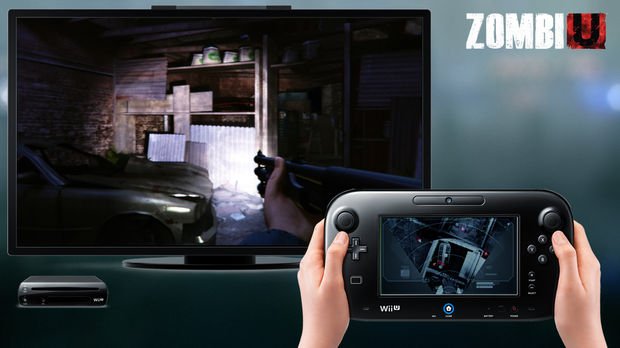 Some of this stuff could be cleaned up before the final version, but, as of now, the game just feels to unsure of its own strengths and weaknesses to excitedly recommend it.

Seeing an M-rated game being promoted on the Wii U is very exciting, and bodes well for the future of the system. With ZombiU, though, a little more work needs to be done to stay away from the gimmicks and focus on the core gameplay.

I liked ZombiU, but didn’t. I was impressed by some of the new features, but confused by them as well. I had fun with the game, but also was frustrated.