I don’t mean to shock you, but I am not a very manly guy. I know, I know. Stop clutching your pearls.

So when I got to try out a gameplay demo for 505 Games’ new fighting game Supremacy MMA (out this September for the Xbox 360 and PlayStation 3), I wasn’t sure what to expect. I know nothing about MMA fighting, and, honestly, didn’t even know what “MMA” stood for until I looked it up on my way to the meeting. (For the record, it’s Mixed Martial Arts.)

But even with this limited knowledge of anything tough, I walked away somewhat enjoying Supremacy MMA. And that’s even after witnessing one of the most brutal knock outs I have ever seen in a fighting game! 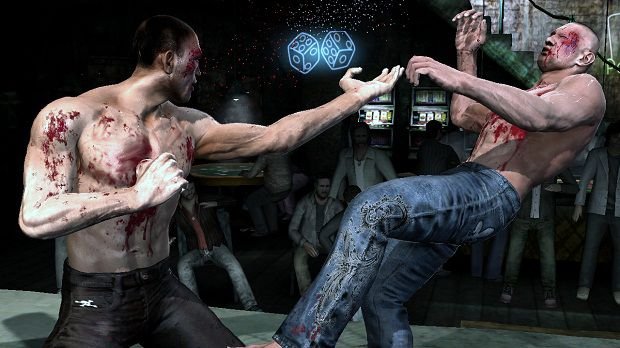 Supremacy MMA looks like most classic fighting games — especially the most recent Mortal Kombat. Two fighters face each other on either side of the screen, wait for the countdown clock to hit zero, and step forward to beat the ever loving hell out of each other.

The difference in this game, though, is the fighting is much more realistic. No shooting fireballs or over-the-top jumps. Supremacy MMA is meant to resemble a real MMA bout, right down to the realistic bruising an bleeding.

Once each fight begins, players are tasked with, well, beating the other player to the point where you actually start to feel bad for your on-screen character. Seriously, with realistic physics, controls, and the aforementioned bruise and blood simulator, you will cringe every time your character is hit, kicked, or flipped over.

And this is part of the excitement of playing. 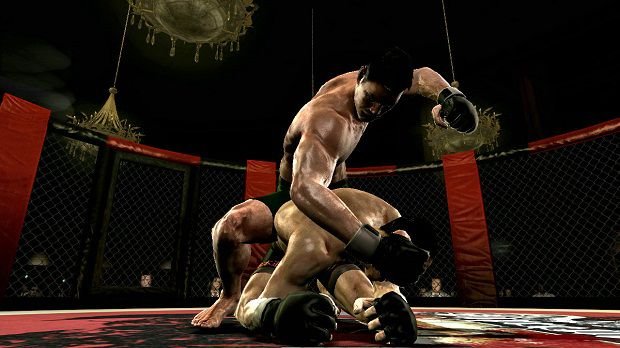 The controls in Supremacy MMA are basic, but not so simple as to be boring. Using the face and shoulder buttons, players can perform punches, kicks, and many different kinds of grabs. In addition, a fancy and sophisticated blocking system is also used to counter the incoming onslaught from your opponent.

One cool example of this was when my character was flipped over on his back, pinned by his competition. Instead of just taking the punched and elbows to the face, I could use the L stick and X button to dodge the punches and try my best to flip my opponent back over.

It was a subtle mechanic and tough to use quickly, but I can imagine each fight feeling very smooth and fair once players start to master the game’s controls. 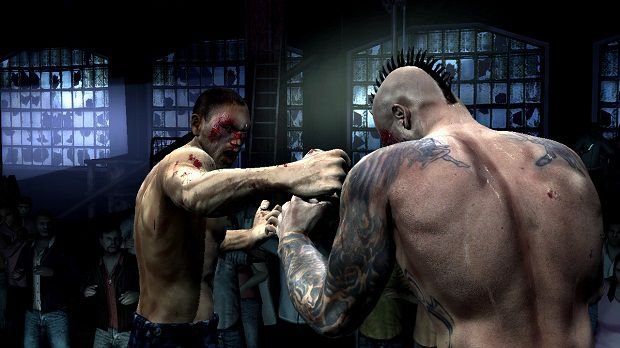 The most memorable and shocking part of the demo I played, though, was the use of an adrenaline meter for massive charged attacks.

As you are fighting, your adrenaline meter builds up. At any moment, you can simultaneously hold down the L- and R-triggers and perform a massive attack that, if it connects, can do a ton of damage to your opponent.

If the other fighter is almost amount of health, this charged attack turns into a knock out move — similar to a fatality in Mortal Kombat. The obvious main difference, though: In Mortal Kombat, the fatalities are so over-the-top and unrealistic. The knock out moves in Supremacy MMA, however, are almost too realistic.

Most of the knock outs I performed were just slow-motion punched to the face. They looked cool especially with their beads of sweat and blood flying everywhere — but they weren’t anything you haven’t seen before.

But there was one knock out move. One move that left me reeling and actually made my stomach turn a bit.

There is a fairly complex knock out system in Supremacy MMA. Each move is triggered by where in the body you are aiming, as well as what kind of skill you are performing.

In this one case I performed a low kick and I … broke my opponent’s leg right at the knee.

There was a crack. The camera entered slow motion. The fighter’s leg flailed around, moving in directions the normal human leg shouldn’t move. My opponent screamed. 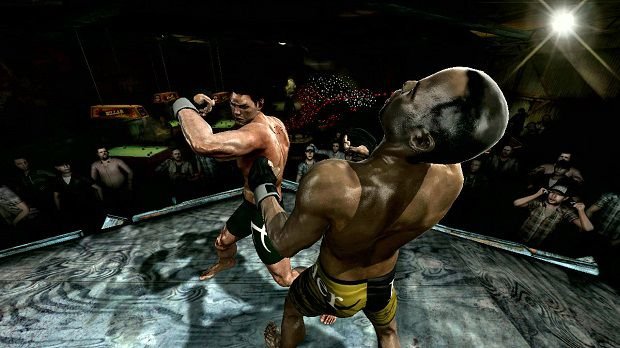 As morbidly cool the knock out system is, I still don’t know if I am the audience for Supremacy MMA. It looks great, has an interesting fighting mechanic, and will most likely appeal to fans of MMA fighting.

I just don’t think I am manly enough for it.