This is the third in a series to preview all of the games within Nintendo Land for the Wii U. You can check out The Legend of Zelda: Battle Quest here and Luigi’s Ghost Mansion right here!

Ninjas star in some of my favorite games of all time: The Legend of the Mystical Ninja, Ninja Gaiden, Shinobi. Having a ninja in your game can easily make your game that much better.

But how does Takamuru’s Ninja Castle fare? Does it keep the ninja love alive? Or does it shatter those ninja dreams with a throwing star to the neck? TO THE NECK! 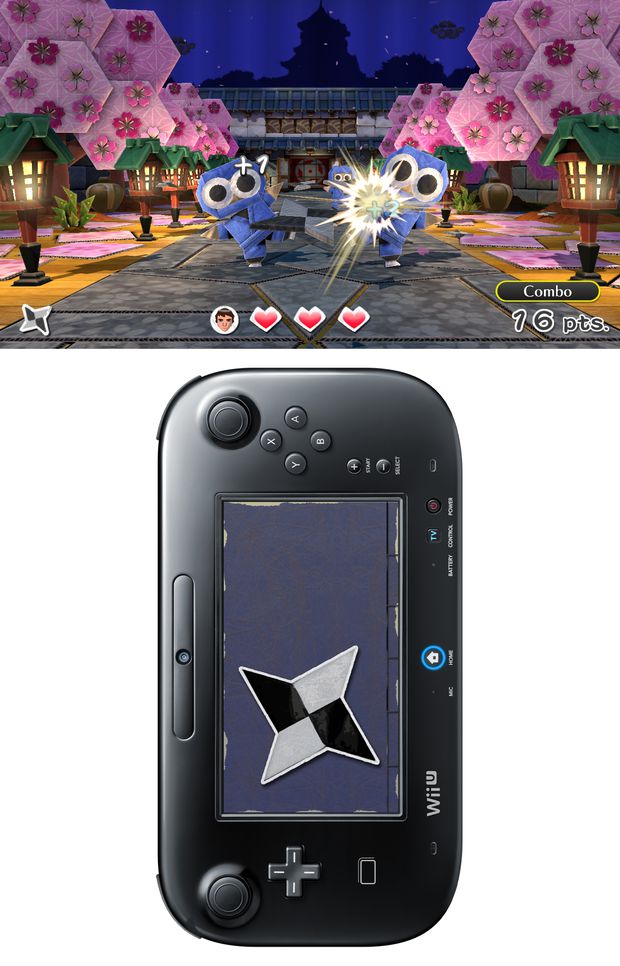 Takamuru’s Ninja Castle uses the WIi U GamePad in arguably the most creative way. By holding the GamePad to the side, players slide their fingers forward on the touch screen to shoot throwing stars on the T.V. screen.

It is a smooth, intuitive, very effective mechanic and works perfectly! If you barely move your finger forward, the throwing star will just fall to the ground. You really need to slide your finger as fast as possible, as speed totally matters.

In this minigame, the player is tasked with battling off an army of ninjas through different levels. Each ninja has different specialties, with some just jumping around, others throwing stars back at you, and some super-powered ones attacking with bombs and giant swords.

Every time you hit a ninja, the multiplier starts. By not missing, you can rack up your score to be ranked on the in-game leaderboard. Get hit by too many projectiles, though, and it is game over. 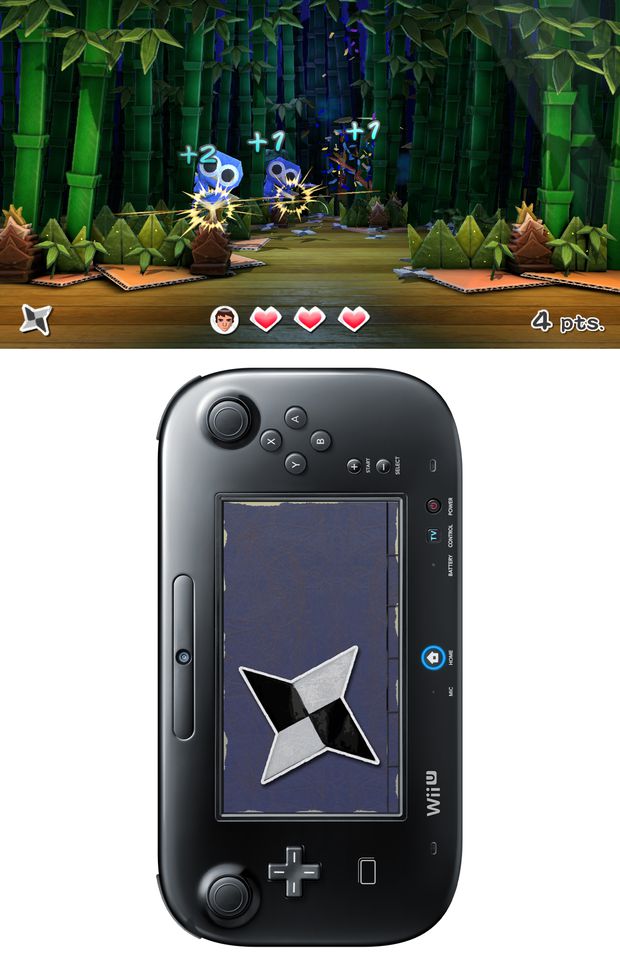 This was easily the most basic of all the minigames in Nintendo Land, but it was still really fun. Aiming and throwing the ninja stars was completely easy and felt really solid. Of all the Wii U games I played, this is the one that “casual” gamers are going to get the most excited about.

Similar to the excitement of playing the Wii for the first time, there is something to interacting on the screen and actually “throwing” things from the GamePad to the T.V. screen. It is a clever gimmick and fun to do over and over again as the ninjas start to fill the screen.

Of all the Nintendo Land games, this one may end up being the most repetitive, but with a little more variety in the levels, Takamuru’s Ninja Castle could turn out to be an addictive little distraction.

At the very least, I know my mom is going to love it.