One of a handful of Wii U tech/software demos Nintendo brought to E3, Chase Mii is a fun game of four-player virtual tag.

Up to four players holding Wii remotes view the action on the television, which is split up into three smaller screens. Their goal is to chase and tag a fourth player, who is holding the Wii U controller to view the action.

The player with the Wii U controller gets a 15-second head start, running into and weaving himself through the maze. On the controller’s screen you’ll get two views: one is a typical third-person view, and directly next to it is a top-down view of the maze. Once the countdown hits zero, the chase begins. 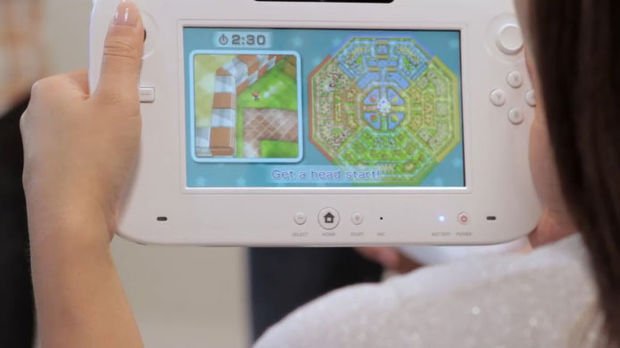 The hunters playing on the television are at a small disadvantage: they don’t have a map, while the prey can see all of his hunters’ movements from the top-down view on his Wii U controller’s screen. The maze is designed with hills and dips, however, making it easy to spot the large, red Mario hat that the prey is wearing on his head.

Playing on the television with the Wii Remote, it was imperative to communicate with the three other players. Things get extremely hectic, as one players spots the top of the red Mario off in the distance, with each of us shouting at one another to coordinate an attack. Closing in on your target, you could tap the “2” button to dive in and take him down to the ground.

The cat and mouse game had a very Pac-Man Vs. vibe, the free Namco Bandai/Nintendo collaboration that was released for use with the GameCube and the Game Boy Advance link cable. In Vs., one player would play on the GBA screen as Pac-Man, with the other players acting as the ghosts on the television using GameCube controllers. This is a hint, Nintendo — that game was awesome, so let’s get some Pac-Man Vs. action on the Wii U. Thanks. 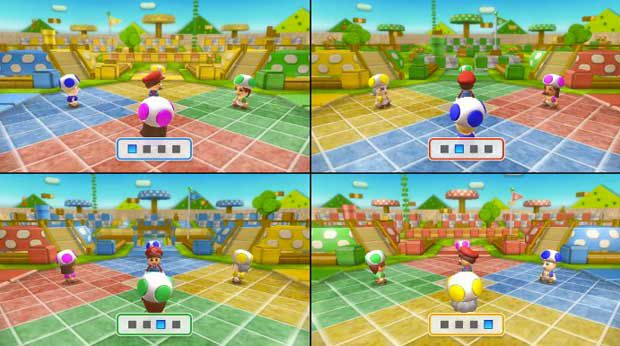 It was simple, but a surprising amount of fun. Like all of the Wii U software Nintendo brought to E3, Chase Mii is simply a concept to show off what the hardware could be capable of. You likely won’t see it as a standalone game, but I wouldn’t surprised to see it turn up in a Wii Play-style mini-game collection.