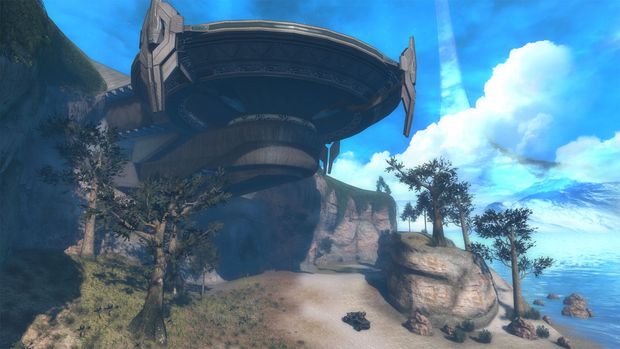 The original Halo was the catalyst that got me and many others sucked into the first-person shooter genre on consoles. The game went on to create a standard for shooters and was the life blood for the original Xbox for many years.

This November is the tenth year anniversary of Halo: Combat Evolved and … holy sh*t has it been really ten years?

343 Industries showed me “Silent Cartographer” from Halo: Anniversary and the graphical upgrades were pretty damn amazing. It’s not Frostbite 2 engine amazing, but it’s a night and day difference when you seamlessly switch between the new and old graphics with the simple press of a button. This feature was originally going to be a menu item, but was changed so you can do it at any point in the game.

While the graphics have been beefed up, everything else remain the same as it did ten years ago. The audio and sound effects have been remastered though, but everything still sounds as it you remember it.

One new item to look out for are Terminals. They were in Halo 3 and gave you additional info about the story, but the presentation kind of sucked. This time around, Terminals are easier to find and are presented to players in animated comic book style. The one clip 343 showed off featured 343 Guilty Spark as he gave a little history lesson of the Halo ring world. Finding all of the Terminals will also tell you something about Halo 4. 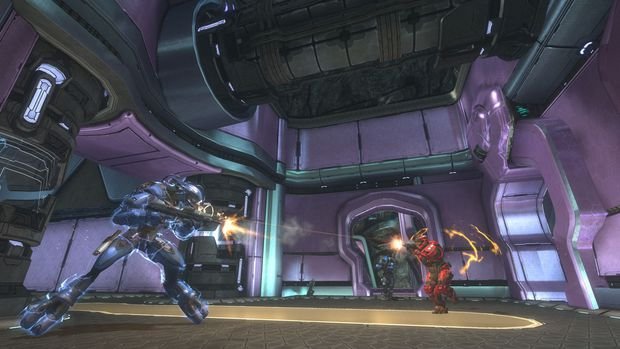 As for the multiplayer, it’s Halo: Reach’s multiplayer. There will be seven remastered maps from the original Halo and these maps will be available to Halo: Reach owners too. 343 didn’t outright deny the addition of the old school Halo multplayer and they’d be insane if it wasn’t included. The original Halo was amazing in terms of the story, but the reason the game had such lasting power was because of the multiplayer. I will be pissed if I can’t throw a grenade from one side of the map to the other!

Expect two-player co-op through split screen and over Xbox Live. There will be some Firefight goodness as part of the $39.99 package too.

For those of you that really like the Halo story, there’s going to be a new novel this Summer that details humanities recovery after the events of Halo 3. We’ll get to see the collapse of the Covenant empire and there will be some ties to Halo 4 as well.

I’ll get Halo: Anniversary just for the sake of nostalgia as the original Halo is in my top five games of all time. I’m however not giddy with anticipation, at least not until 343 confirms the inclusion of old school multiplayer over Xbox Live. That’s when I’ll be excited.

343 is throwing a big celebration called Halo Fest at PAX Prime this year where they’ll have loads of Halo things for fans. Halo: Combat Evolved Anniversary will be out November 15.