If there was one thing this E3 didn’t want for, it was first-person shooters. The Electronic Arts booth in particular had Battlefield 3 Premium, Medal of Honor: Warfighter and Crysis 3 all on display, and I have to say it was getting difficult to tell the difference between them. At one point, partly due to end-of-show fatique, I wandered over to a booth to play what I thought was Crysis 3, and it wasn’t until I squinted for a moment that I realized I was about to play a different game entirely.

Yep, the industry is turning into soup. 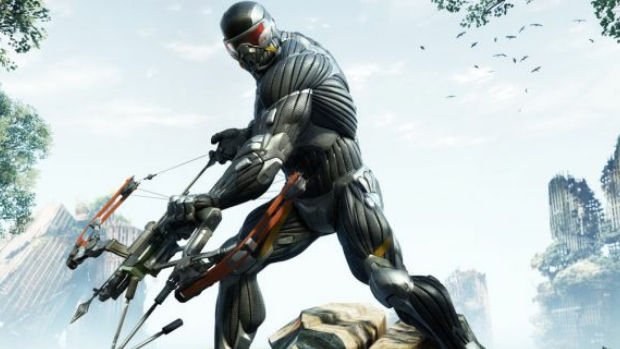 Despite all the military and near-future games starting to bleed into each other, at least Crysis 3 is looking set to be the prettiest of the bunch. The whole “urban jungle” setting seems to be a good compromise between the first and second games of the series, as a devastated New York is overtaken by tropical plant life and flooded by lakes. There is some great color in this game, something that will visually set it apart from the browns and greys of EA’s alternative offerings.

Fans will know what to expect from the core game. As always, Prophet’s Nanosuit is loaded with strength boosters, speed enhancements, armor and stealth, all of which can be used by skilled players to dominate the opposing CELL soldiers. Thanks to the composite bow, sneaky players now have a ranged weapon that can be used to silently and invisibly kill foes, and the satisfaction is there to be had in abundance.

The bow can be loaded with multiple arrow types, ranging from regular bolts to electric arrows to timed or instant explosives. Others types of ammunition are still in the works, along with multiple weight choices for the bow itself. By far, the best arrow so far is the timed explosive, as you can shoot it into a soldier and watch him scream in terror as he realizes what’s about to happen and can’t do a thing to stop it.  With players able to retrieve regular arrows after use, it’s entirely possible to play through whole sections as a cross between Rambo and the Predator. Provided, of course, that one is careful about their Nanosuit energy.

Predatory stealth like this is among my favorite types of playstyle, where players are empowered by their sneakiness rather than feeling like they’re hiding from superior forces. Picking off opponents and watching them panic as their numbers dwindle via arrows shot from the ether, is immensely pleasing, and offers a nice change from the constant sneak/stab/sneak/stab pattern found in past games.

Crysis 3 debuts usable alien weaponry for the first time in the series, and the demo allowed me to get my hands on one — a huge mortar weapon that fired arcing shots of energy. It was devastating and heavy, though I have to say that it only really felt “alien” due to its visual presentation. I am hoping for the extraterrestrial technology to offer something weird and unique, rather than having grounded weapons that replace normal bullets with glow-in-the-dark ones. This is just one weapon though, and I’ll keep my fingers crossed for something a bit more exotic as we see more of the game later. 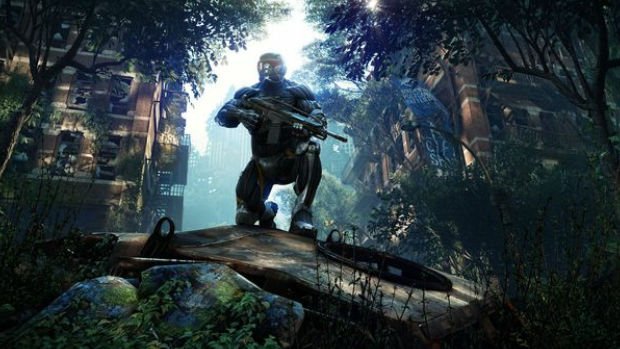 For right now, at least, that bow alone is looking set to provide a heck of a lot of changes, especially if Crytek keeps offering more arrows to play with. Exploding fools and electrocuting puddles of water is one thing, but I like to think that Crytek can be more inventive than that, and I look forward to seeing how further we can mess people up while pretending the be the ghost of Sylvester Stallone.

Right now, that’s what this game needs in order to differentiate itself from the competition. Lord knows we have enough shooters getting gritty and realistic. Crysis 3 is a science fiction game, and it’s time to get a bit weird with it. The alien weapons need to feel truly alien in the hand, and the bow needs arrows that do more than we’ve seen in the past.

Similarly, the new blend of city and jungle needs to play a role in diversifying the game’s challenges. Crytek is promising sections with a sense of open exploration and optional challenges, which is cool, but I want to see the jungle itself providing more than just pretty scenery. Let’s have unstable buildings crashing through trees, and wild creatures to deal with. Let’s have an untamed environment that’s just as dangerous as the soldiers prowling it. Not since Enslaved have we had a game that uses this style, and I want to see it used as more than mere window dressing.

Crysis 3 has a fantastic groundwork of ideas to play with, and if it uses those ideas well, this could really stand out from the pack, something that every shooter needs desperately to do at this point. If it doesn’t, if it simply provides the ideas at their base level, then we’ll just have another EA shooter — visually wonderful, but relatively predictable.

I love the potential I’m seeing with this. I just hope it’s capitalized on and I look forward to seeing if it is.