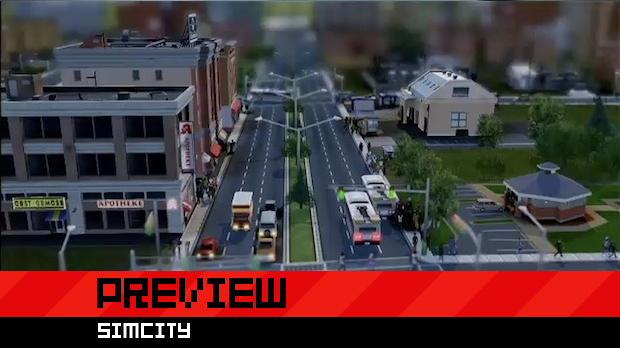 It’s been a long time coming, but it’s finally here, and we’ve finally been able to set our eyes on actual gameplay. SimCity is back and it has never looked this good. There are some huge changes to the formula as far as online connectivity is concerned, but the core gameplay seems to be as deep and involving as ever.

Visiting this new SimCity was like coming back to a town you grew up in. Familiar, but changed. 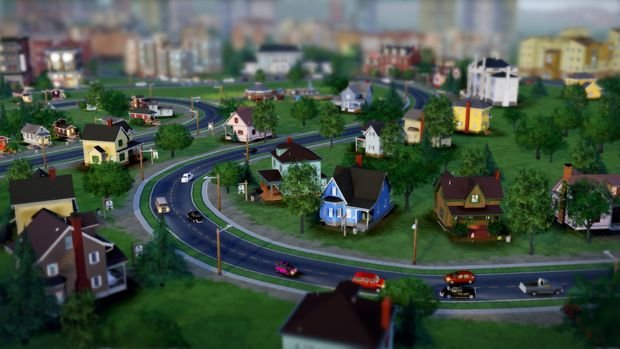 Before we get into how gameplay works, I want to tell you how beautiful SimCity is. It’s in full 3D now, giving the team the opportunity to create a model-like world that looks like you could reach into your screen to pull off a roof of a house to see little Sims scrambling around. They’ve gone with at tilt-shift look, inspired by the photographic technique, giving the game view a really shallow depth of field, and further increasing the miniature look of the buildings and streets.

At night, SimCity looks even more lovely. Every car has headlights and brake lights that begin to shine realistically on the streets as the sun sets. Homes and shops light up individually as darkness sets in over your city, with distant lights twinkling in some of the prettiest background bokeh I’ve ever seen in a game. 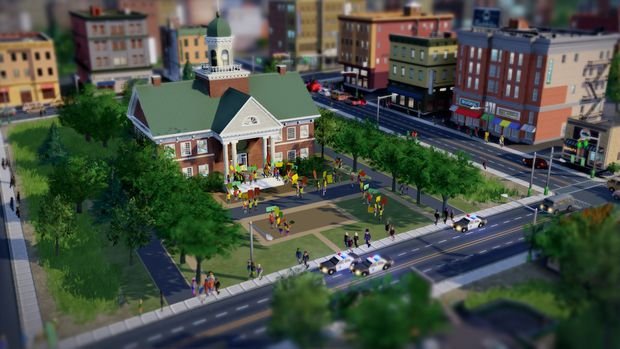 Even with as great as this game looks, I’m more excited about the power under the hood. The GlassBox engine has everything in the game running as a simulation, meaning that every house has Sims, they all have a place to work, and they’ll walk or drive to work according to where they’re based. There’s even real traffic because GlassBox is handling a traffic sim under the hood. This makes for a world that seems to be really living all around your interactions.

Speaking of traffic, curved roads are now available in the SimCity world. The game’s lead producer, Kip Katsarelis, says that curved road tech is tough to implement, but they’ve finally moved past grid-based cities. We saw a few of them laid, painted on with a tool that was able to simply drag curves wherever desired, with the ability to pull them into existing roads to seamless connect.

In a gameplay demonstration, we saw how roads serve as your city’s backbone. The player showed how creating a neighborhood of new homes just off the interstate worked as a way to pull potential residents off into his city from others in the region. Homes went up for sale after being constructed, and some passers-by actually did pull into this city to become residents. We saw little Sims pull up in moving vans to this new neighborhood, moving in family by family. It wasn’t long before this new residential section of the city was doing well. 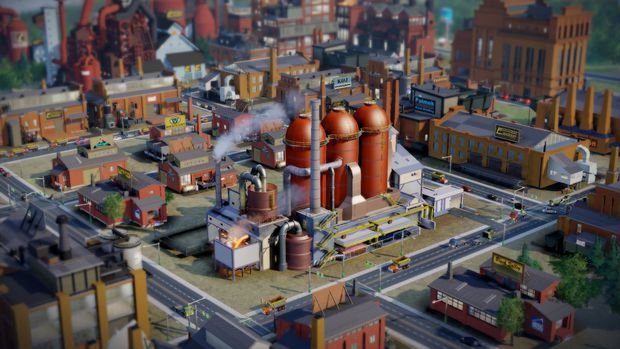 SimCity has a focus on city specialization, which means that your community and businesses towards a specific goal, playing a role in a larger region to grow. Cities will look and function differently depending on their design and overall goals. One could build a farming city or a mining city, with a focus on creating and distributing resources. A tourist city could focus on creating beautiful landmarks and entertainment venues like sports stadiums to attract neighboring sims to spend money. Imagine an international airport in between a tourist and farming city, where both would stand to benefit.

The city in our demo started out with the goal of being green and sustainable, but an alert showed that one part of the city was not getting enough electric power. The existing wind farms and clean energy forms were not enough to carry the weight of the city’s growing neighborhoods. So, the city’s first coal plant was built. It produces plenty of power and opens up new jobs, but there’s also the pollution to consider (SimCity even features a simulated wind map!), and in this game the pollution from the smokestacks can affect neighboring towns. The underlying simulations are so deep that residents living near coal factories might become sick.

The constructible nature of SimCity was inspired by the Spore editor, and it permits “plopable” modules that give the player to freedom to slide buildings around and customize their features to their liking. With the coal factory mentioned above, after dropping it in, you could see seems moving into the coal burner. The player was able to scoot the generators around to different positions and arrange the accompanying smoke stacks as they saw fit.

Crime is also something you’ll have to watch out for in your SimCity. One section of the demo’s city that was also starved for electrical power had turned into a crime-ridden neighborhood, with graffiti on buildings and police patrolling the streets. The factories and shops have all stopped working and many of the buildings looked run down. Running power lines to this part of the city seemed to solve at least part of the problem. 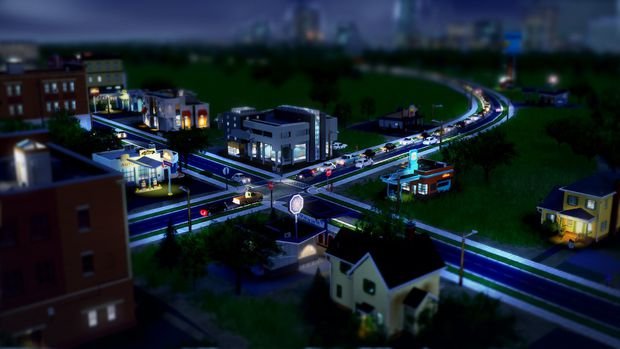 Criminals will have to be dealt with individually, though. This demo showed off an arsonist that drove around in a van with an orange flame paint job flying down a street in the middle of the city. He pulled up to a house, broke in, and then started laughing manically. His laughter was loud and hilarious. Minutes later, the house catches on fire, and the arsonist quickly exited and sped off in his van.

Some of the game’s underlying data layer was shown off while trying to decide on a solution for this arsonist. In looking at city stats, the fire system across the city was shown with a colored line, which was red in the area near the fire, indicating that there are not enough resources to tend to the fire. In dragging a fire station around the map to decide where to put it, we could see that this line transitioned from red to yellow in areas, giving the player visual feedback on how this addition will affect the area. Once a proper place was found to build the station (the line turned green), the building was built, a garage added, and then some customization with flagpoles and other features took place. Oh, and the firetrucks sped off to take care of the burning house. 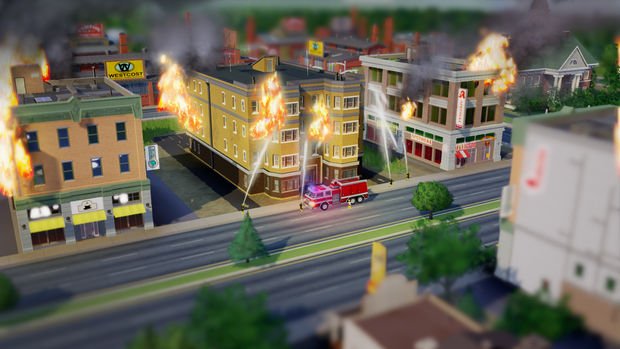 What’s interesting about this return of SimCity is that your decisions not only affect your community, but as an online multiplayer game, now affect the neighboring towns and eventually the Sim world in general. As the leader of your city, you might make what you think is a small decision, but that could ripple out into the world and affect the larger region. Eventually that decision’s effects will come back to change your own city. I already have daydreams of using this power to take over an entire region of cities.

And in a twist that may surprise long-time fans of the franchise, SimCity is designed solely to be a multiplayer game, meaning that solo play isn’t really possible beyond a short offline session. This is a SimCity for the online generation, after all. It’s exciting to think about how one’s city can play a bigger role in the Sim world, and how every little decision they make has the possibility of changing how others will play. At its core is the same city-making sandbox we’ve all come to love, but the foundations have been retooled to make a sim game that looks to be bigger, deeper and more connected than ever.