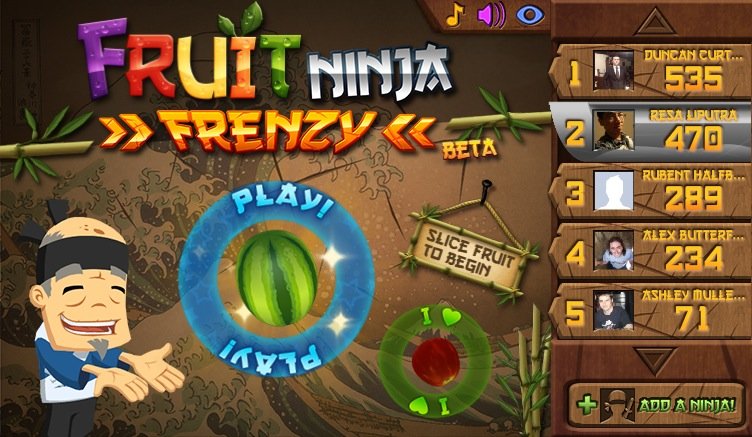 I’ll admit, I never bought Fruit Ninja. That’s mainly because I live in a technological dark age devoid of fancy, expensive smart phones, where my phone “only” has the ability to make calls anywhere I want at any time. (Part of me is still amazed by common technology simply because it wasn’t ubiquitous when I was a kid.) But I did play it on a friend’s iPhone, where fruit popped up and I sliced the crap out of it with my finger.

Fruit Ninja Frenzy is basically that, but on Facebook and with a mouse. Like most Facebook games, it’s free-to-play, supported by premium content that can eventually be unlocked if you play a ton all the time. There’s a bunch of new features compared to the current iOS version, and since Fruit Ninja Frenzy will eventually be coming to an iDevice near you, maybe you should watch our own Hamza Aziz interview executive producer Duncan Curtis about the game?

Oh don’t give me that disapproving look. Beneath all that Facebook gaming hatred, you know this is going to be an awesome time-waster at work.