Me? I love Forza Motorsport. It’s exactly the type of the racing game I love to play with its focus on simulation and car acquisition. But what about people that want to drive, explore and race others? What abou the folks that want something a bit more laid back and hip?

Turn 10 and Playground Games has an answer with upcoming Xbox 360 racer Forza Horizon. They call it an open-world action racing game, but you’re already calling it their take on Need for Speed. But not so fast there, arcade racer. It does fall in the pick-up-and-play category, and they’re definitely aiming to make a more accessible racing game, but the focus here leans more toward authenticity. 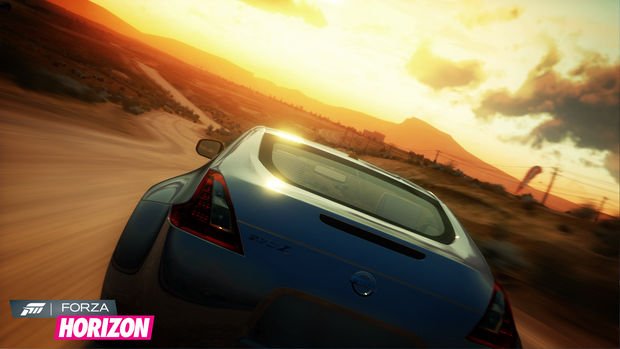 The “horizon” part of Forza Horizon refers to the Horizon Festival, an event that serves as a hub for career play. It’s set in Colorado, and it combines the world of music, culture and style. We were told that the game is the intersection car and youth culture, but that sounds horribly cheesy, so I’d ask you to put that bit out of your mind. Let’s just say that it’s legitimately cool, and that car lovers and racing fans are probably going to dig it.

That Colorado setting opens the game up to mixed surface and full-on dirt road racing, a first for the franchise. Playground has team members that worked on other off-road racers, like Collin McRae and the Dirt series, so we’re probably in good hands. There’s going to be 65 different surface types — I can’t even think of more than 10 types right now, so we’re in for some surprises.

On the gameplay side, Horizon uses Forza Motorsport 4′s physics engine, meaning that you’ll get realistic car movement, and not that glide-y, slidey, butter on the tires feeling. Playground says that they did not want arcade handling for the game, so if you’re looking for that, Horizon may not fit the bill. The goal was to capture cars’ individual personalities, and they did not want any compromises in that. If there’s such a thing as fun authenticity, that’s what they’re going for. And from my time with it, I think they’re on the right track. 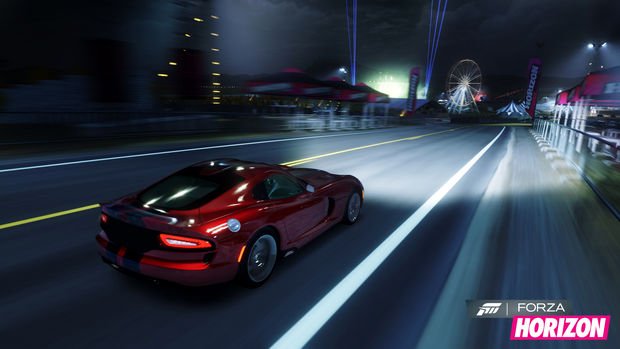 Horizon‘s play lets you ride up alongside any car and race it, just as you’d expect in an open world. Between bouts you navigate Colorado’s scenic roads, working through both civilian and festival traffic. Passing, speeding drifting and about 30 other challenges earn you points, and the more you score, the more popular you are at the Horizon Festival. One of the goals of Horizon is to become the most popular driver at the festival.

Playground insists that you’ll get fast, straight-away enjoyment out of Forza Horizon, but that’s not necessarily what I saw when watching others play. Me? I had no problem, and thought it played great as-is. Others playing seemed to have a hard time staying on the road, and turns were always rough, with most players sliding into walls. What was up? Was it just that everyone sucked?

When I asked Playground’s Gavin Raeburn about this, he said that Horizon is an authentic racing game, and that braking is important. After joking that some of them may have just been terrible players, he admits that there’s about a one race learning curve, and says that he sees that the second race has players doing much better. It should also be noted that some of the parameters, like the assists, have been slightly changed to affect how the cars behave, making the handling much more accessible. 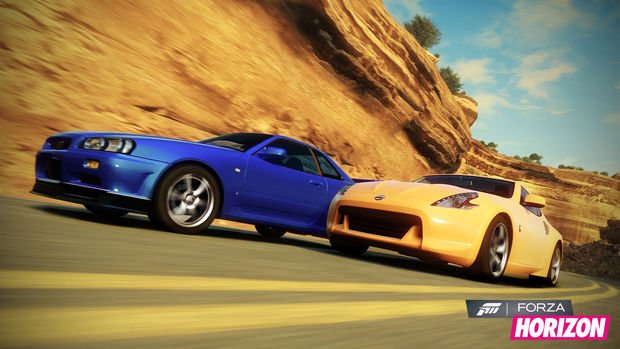 Horizon looks really nice, and that makes sense as the dev team had full access to the Forza 4 graphics engine. They’ve beefed it up a bit, though, with a lighting system that smoothly transitions time of day to work with their persistent open-world setting and its 24-hour day/night cycle. Colorado’s sun-drenched hills, roads and farms all looked quite lovely. At night it looked even better, with headlights and festival spots illuminating the mountains and roads.

A Kinect-enabled GPS feature was shown off in the demonstration, and it really does seem like it could cut down on that lost feeling you might have in other open-world racers. Using your voice, you can call out for guidance to a destination (“Where am I going next?”) and Horizon will draw a green path to guide you. Calling out for directions (“What’s the nearest race?”) will pull up a map and send you there. This will definitely be of help in a world that features hundreds of miles of road to drive. 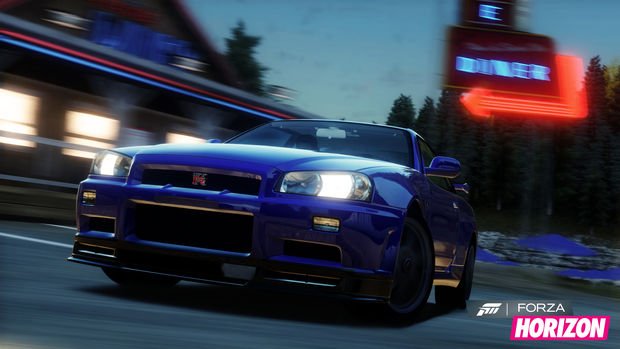 If you’re wondering about cars, all we know is that it will feature licensed vehicles. I drove a Dodge Viper, and you can see a few others, like Nissan’s 270 Z and Ford’s GT in the screenshot gallery. Playground says that they are still locking down the car list, so expect more details later this year.

Forza Horizon is a game that was made to be accessible, but it doesn’t go into full-on arcade racing range. As a sim racing fan that would sometimes likes to kick back and relax with an online race, this is fine by me.  Playground is out to show with Horizon that authenticity does not need to be compromised when trying to make a fun racer, and I think they’re on the right track.