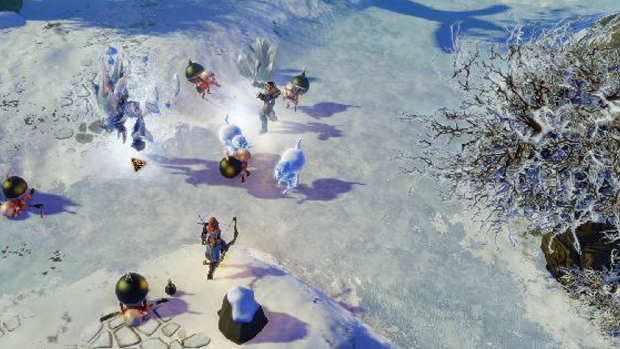 Before E3, Larian Studios announced Divinity: Original Sin, a return to the isometric roots of Divine Divinity after the third-person action RPG that was Divinity II. The team was on hand to demo the game, showcasing its new co-op dialog options, turn-based tactical combat, and bug-eyed skeletons with comical bombs strapped to their backs.

In case you were wondering, I’m all about it. 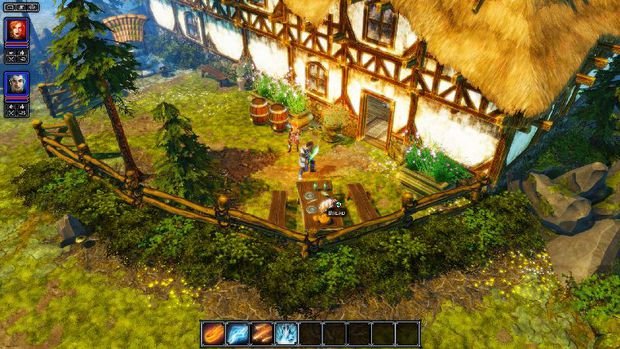 Fans of Divine Divinity have a lot to look forward to with Original Sin, as Larian is intent on finishing what it started with Rivellon’s original story. I was told that the studio felt it had to abandon Divinity II‘s style and return to its roots in order to provide the experience that it almost got right with Divine Divinity, but never quite perfected. Original Sin is an effort to achieve perfection, and the effort is hard to miss.

Those players simply glancing could easily mistake Original Sin for a Diablo-style hack n’ slasher, but the differences are made abundant within seconds. For a start, the ability to rearrange the environment is back, with barrels, tables, and chairs all ready to be chucked about with some simple mouse clicks. While good for a laugh, there is a lot to strategy to be had with this feature. 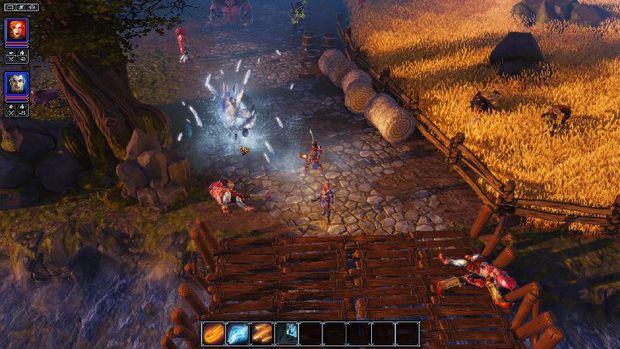 Item combination also plays an integral role. Dozens of items can be collected and used in inventive ways — for instance, you can combine a poisoned mushroom with your sword to create a poisoned weapon, or mix an apple and a potion to create a detox potion. Homes and dungeons are full of these bits of rubbish, and experimenting with them ought to yield some fun results.

Up to four players can adventure cooperatively, and will each take part in dialog with NPCs, able to agree, disagree, and disrupt the conversation. They can also work together in some very unique ways. For instance, one player can try to pick up items in an NPC’s home, lowering their trust and causing them to tail the player suspiciously. Meanwhile, the rest of the group can use the distraction to rob the poor NPC blind. Little touches like that make the difference between a shoehorned multiplayer mode and a true co-op experience.

Dialog feels dynamic and can be used to both instigate as well as avoid conflict. One group of suicide bombers can be convinced to blow themselves up, but if the co-op players don’t all agree, they can ruin the plan and go against whatever resolution the others might be planning. There’s a lot of scope for potential outcomes with the dialog, and I hope Larian expands on it further as time goes on.

As one might expect, the battles are no less strategic. Turn-based conflicts were decided upon in order to emphasize the need for strategy, and otherwise difficult fights can be made far easier with a little forward planning. One presented scenario involved a room with a giant skeletal robot, and healing shaman, a gang of skeleton warriors and suicide bombers. One player snuck around the group while the other shot an oil barrel with a fireball. The barrel exploded, causing the suicide bombers to blow up and take out half the opposition. Then he shot an electric bolt at a puddle near the skeletal robot, but the puddle was too small to reach it. Cue the second player, who cast a spell that made it rain, extending the reach of the puddle and bringing it to the enemy’s foot, which was then stunned by the current running through the water.

Needless to say, I was quite impressed.

Original Sin will also ship with a full editor (extensively pictured in our attached gallery) featuring all the tools — tools built for designers rather than programmers. Users will be able to build their own worlds, dialog, and quests in order to share them online. Which is very nice.

Using the environment to one’s advantage, truly working together, and dominating opponents by playing smart is what Original Sin is all about, and it seems to be a cocktail of ambitions that will pay off. Original Sin is exciting me, and I am going to keep my fingers crossed for what should be a beautifully designed, tactically satisfying, and bizarrely amusing little PC game. Make sure to remember it!